Following convictions and imprisonment for insolvent trading arising from the 2009 collapse of Kleenmaid, its founder, Andrew Young, has succeeded on appeal but on one ground only, that the trial judge should have put to the jury the question of the mental fitness of Young to stand trial.  R v Young [2021] QCA 131 (15 June 2021) (austlii.edu.au)

Young was convicted following a trial before a jury of two counts of fraud with a circumstance of aggravation and 17 counts of insolvent trading, under s 588G(3) Corporations Act.

He became self-represented mid-trial when he withdrew instructions to his lawyers.  He was said to have suffered serious mental episodes but psychiatric and psychological evidence as to his fitness to be tried conflicted.  The Mental Health Court determined that he was fit to be tried in relation to State charges.

Young then made an application to invoke the process under s 645 of the Criminal Code (Qld) where the jury would be required to consider whether he was of sound mind. However the trial judge declined to put that issue to the jury. Section 645 provides that if on the trial of any person charged with an indictable offence it is alleged or appears that the person is not of sound mind, the jury are to be required to consider the matter, and if the jury so finds, the court must order the person to be admitted to an authorised mental health service to be dealt with under the Mental Health Act 2016.  A person who is found to be not of sound mind may be again indicted and tried for the offence.

The Court of Appeal dismissed or had no reason to consider Young’s main grounds of appeal including that the verdicts were unreasonable or could not be supported by the evidence, including in relation to the substantive issues of criminal insolvent training under s 588G(3) but allowed the appeal on this threshold ground that the jury was not asked to consider and determine whether Young was fit to be tried.

[208] There was enough in the material placed before the trial judge to raise a real issue about the fitness of the appellant who was self-represented to be tried. In this particular trial, the question of whether accommodations and modifications made to the trial process were sufficient to address the appellant’s cognitive deficit were for the jury to decide under s 645 in light of the evidence that may have been put before them on that aspect and their own observations of the matters relevant to the question they had to decide, as would no doubt be drawn to their attention by the respective submissions on behalf of the appellant and the prosecution. Once a real issue was raised, the threshold question was satisfied and s 645 of the Code required the jury to consider and determine whether the appellant was fit to be tried. Questions of convenience for the stage the trial had reached were irrelevant to whether the threshold question was satisfied: Kesavarajah [Kesavarajah v The Queen (1994) 181 CLR 230; [1994] HCA 41] at 248.

[209] If the trial of an accused person continues, when the accused person may not have been fit for trial, there is a miscarriage of justice: Eastman v The Queen [2000] HCA 29; (2000) 203 CLR 1 at [319]. It was held in Kesavarajah at 248 that the object of the provision requiring the question of fitness to be determined by a jury was to ensure that a trial did not proceed in the face of an accused who was unfit to be tried and the proviso was not directed to such a situation.

Given that outcome, all of Young’s convictions were set aside. But as Young had not succeeded on the main grounds of his appeal, a new trial was ordered. Whether that proceeds, we will wait and see.

PrevPreviousLicensing of insolvency practitioners – decision making principles from New Zealand [updated post 13 June 2021]
NextDOCAs – should ‘not much of a return to creditors but better than the liquidation alternative’ be enough?Next 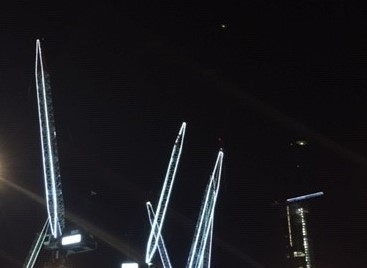