Australia is proposing a sub-group of liquidator accountants to assist in administering its new corporate SME insolvency laws, set to commence on 1 January 2021, said by the government to be “the most significant reforms to Australia’s (corporate) insolvency framework in 30 years …”.

The government’s stated aim is to diversify the insolvency industry and make it more resilient in preparation for what may be a large number of company failures.  The law is aimed at the third or more of all small businesses in Australia that operate through a company, to the extent that the economic impact of COVID-19 has left them with sufficient viability and funds to work with.

The idea of the sub-group seems to be based on the less complex nature of the work involved and the need to cut costs.  Their remuneration is to be based on commissions on realisations, which,  in light of current figures, may be problematic.

The present formal group of insolvency practitioners includes around 630 liquidators[1] for company insolvency and 200 trustees for personal insolvency, each registered separately, under the Corporations Act and the Bankruptcy Act respectively, with considerable overlap of roles.  Entrants to either category must have studied accounting, law and insolvency law, have 4000 hours experience, and be assessed by ad hoc committees which relevantly include a liquidator or a trustee.  Bankruptcy trustees supplement the work of the government Official Trustee in Bankruptcy; there is no corporate equivalent.

Outside this formal regime there is much advisory work done by ‘safe harbour’ and other pre-insolvency advisers comprising lawyers, accountants and restructuring and turnaround specialists.

Out of that informal group there is to be created a new group of ‘small business restructuring practitioners’ (RPs) who will be termed ‘liquidators’ but with conditions attached – that is, a sub-group of junior liquidators.

But unlike liquidators, RPs must be ‘recognised accountants’, meaning they must be a member of one of three Australian accounting industry bodies – CAANZ, CPA or IPA.

In contrast, membership of those bodies was removed as a requirement for registration as a liquidator over ten years ago, partly because of competition policy concerns, although most to in fact belong.  It is now being restored for RPs.

It follows that those ineligible to be RPs include other accountants, lawyers, bankruptcy trustees, and restructuring and turnaround specialists unless they are members of those 3 accounting bodies.  Membership only of other bodies – law societies or ARITA – does not assist.

The proposed arrangement is that a recognised accountant may apply to ASIC to be registered as a liquidator on the condition they only practise as a RP for a company or a restructuring plan under the new law.  They must demonstrate the capacity to perform satisfactorily the functions and duties of a RP and be able to satisfy relevant conditions imposed.  They must also have ‘relevant employment’, meaning assisting a registered liquidator in matters coming within Chapter 5 of the Corporations Act, providing advice including safe harbour advice, and advice in relation to the restructuring of company debt outside Ch 5, having exposure to personal insolvency processes, and any other employment that the committee considers relevant.  The committee interviews the person and then decides.

That process can take some time.  ASIC has 2 months to refer an application to a committee and the committee has 1.5 months (45 days) to decide.

The three-person committee process remains, and it still includes a registered liquidator chosen by ARITA.  While ARITA has retained that nomination role, membership of ARITA does not per se assist an applicant.

The committees must continue to apply principles of natural justice but their reasons for decision are not made public, except by choice of the applicant.  Hence it will be difficult to assess how the committees are applying the new rules.  Appeals to the AAT, and potentially by way of judicial review, are available.

In requiring an RP to be a member of CAANZ, CPA or IPA, the government is enlisting the same industry bodies that have had a statutory role of regulating liquidators and trustees since March 2017 under the ILRA 2016 reforms; for example under s 40-100.  There is little if anything on the record to show for these roles.[2]  Nevertheless, their membership, and regulatory oversight, is again sought.

The reason may be that there is no legal definition of an ‘accountant’, for example unlike lawyers and medical practitioners, despite past attempts. The only secure way, it seems, of defining such a group is to do so by their membership of one of the 3 accounting bodies.  University qualified accountants do not rate.

There is also the nature of the entry criteria for these bodies. Others are best to assess whether a sufficient diversity of disciplines is ensured, and no doubt the government has, to address the diversity concerns in insolvency.  For example, the ICAEW in the UK advises that

“you don’t have to study accountancy, business or finance at university to start the ACA, because companies offering ACA training agreements are interested in graduates from a range of backgrounds”.

There are always competition concerns with the professions setting their own entry standards. As the 2015 review said,

“industry bodies often put professional and occupational licensing in place to promote the ethical and quality practices of their professions. This can lead to better consumer outcomes but can also dampen competition and raise barriers to entry into those markets”.[3]

And the extent to which accountancy knowledge is itself necessary has been questioned also from a competition perspective.  One past report to government found that

“the role of the insolvency practitioner is only indirectly linked to the accountancy profession”,

“the fact that some accounting skills (although not necessarily of a high order) will be essential for any administration does not necessarily justify confining registration to a narrow group of professionals”.[4]

But given this is a new regime, the government’s caution is understandable.

Nevertheless, the accounting bodies exercise useful authority over their members and their roles in business and small business are pervasive.  In particular, the government may have singled out ‘recognised accountants’ as RPs because of their heightened responsibilities under the new international Code of Ethics – APES 110 – in particular their obligation to deal with and as necessary report breaches of the law of their clients or employer, including tax laws.[5]

That followed the accountancy profession’s post-GFC efforts to have as its ‘distinguishing mark’ its ‘acceptance of responsibility to act in the public interest … putting the interests of the public first’.[6] The current COVID-19 crisis, while different in nature, raises the potential for significant financial hardship but also abuse and need for what ASIC terms ‘gatekeeper’ vigilance. RPs’ and liquidators’ and trustees’ responsibilities under APES 110 will be significant comfort to the government and the community, regulated by the three accounting bodies, and ARITA.

The government foreshadowed that the new RP input was required to ensure diversity and resilience in the insolvency sector, perhaps suggesting concerns in those areas.  Macquarie Bank and others had earlier commented on insolvency sector issues concerning the investment in technology and readiness to change, the need for which the year 2020 has revealed, for many, including in small business. Insolvency practice’s combination of standard rules applied to variable circumstances in the context of volume documents increasingly lends itself to artificial intelligence applications and technology assisted review.[7]

Given the limited remuneration on offer, such processes may be needed.

How many RPs are needed?

Some are in fact suggesting the expected tsunami may not in fact eventuate such that the existing complement of registered liquidators is adequate, whose numbers – exceeding 600 – have remained relatively steady.

Even if there be a tsunami of SME collapses, corporate SMEs comprise only third or more, and of those, only some might qualify.

Of those, whether the qualities of those RPs will be adequate, we may never know, given there is no process for review of the new regime.

But at the same time, we have the assurance of Mr Frydenberg (the Treasurer) that these are part of

“the most significant reforms to Australia’s (corporate) insolvency framework in 30 years …”.

[5] Crime and accountants – the rules get tougher, Will the new NOCLAR changes help CAs in the fight against crime? Acuity, 5 January 2018

[7] For example in establishing whether there has been dissipation of assets – Artificial Intelligence in insolvency work: Transforming critical care (2018) 73 Eurofenix 9, Joanna Goodman; and in a variety of other insolvency and turnaround scenarios; The Role of Artificial Intelligence (AI) and Technology in Global Bankruptcy and Restructuring Practices’ (INSOL International, 7 August 2019), 188 Jane Colston and Christian Toms. 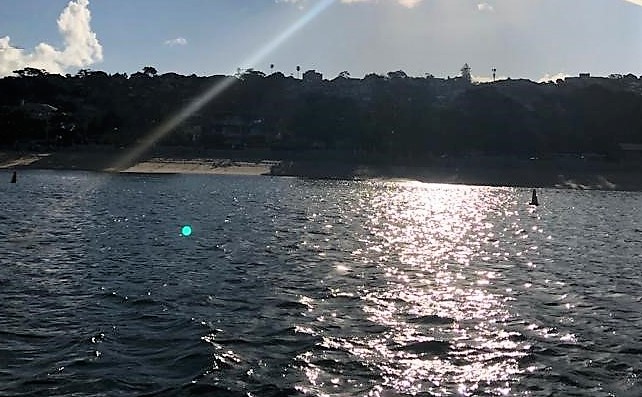