Small business enterprises (SME) in Australia are conducted through the full range of legal entities available – sole traders, partners, corporate trusts, companies, associations and cooperatives.  Their insolvency does not discriminate and comes down not so much to the structure as to the quality and conduct of the business itself.

But according to their legal categories, different legislation applies as well as different and various Commonwealth and state agencies.

At the Commonwealth level, insolvency is largely divided between Attorney-General and the Treasurer.  The former dates from the time when bankruptcy was seen as a quasi-criminal and thus fitted in with AGD’s focus on crime, terrorism and money laundering. That explains why it was the Attorney who was recently reported in a newspaper as offering economic views about a ‘move to get bankrupts back in business’ when the Treasurer had earlier had the running on restoring insolvent businesses.  The newspaper’s journalist referred to ‘blacklisting’ of people who have been bankrupt, an unfortunate term but adopt here for the moment.

While lawyers and accountants tend to look at SME insolvency from their own perspective, which is then adopted by newspapers, here is an alternative.

A person operating a business that fails will often lead to people losing money.  If insolvency is activated, the usual arrangement is that all assets of the business are handed over to pay the creditors.  There will also be some investigations to see if some unfair dealing was involved. But beyond that, insolvency has moved on from debtors’ prisons and other retributive approaches.

Where it hasn’t moved on is that it assumes there has been some wrongdoing such that there should be some blacklisting period.

That is not a necessary feature of insolvencies, any more than of any business that for example, survives on wrongdoing.

A business which has lost its creditors $1m and goes insolvent can start again the next day, if the individual director initially chose to operate behind the protective veil of a company. But if the person took some personal responsibility for their debts up front by operating as a sole trader, and goes bankrupt, they can’t start up as readily, maybe at all – they are blacklisted for 3 years.

Competency is not determinative.  The sole trader may have had a tourism business on which COVID-19 imposed unavoidable financial consequences; on the other hand, the director’s business might have been an in-demand medical supplier but through the director’s ineptness the business failed. One is blacklisted for 3 years, the other for none.

There is no need for either to be legally blacklisted – the market can do that, as long as transparency as to their formal insolvency is provided.  (The director has some unfair advantage in being free to use whatever name she chose but that is being fixed).

Otherwise, in both cases, neither person goes away.  The company itself continues and so does the bankrupt estate. Each legally exist and can be administered.  The former director and the former bankrupt can still have enforceable obligations.

As to those legal obligations, there is need for some particular rules.  The reality is that people have lost money, and both the sole trader and the director owe some explanation and accountability.  The insolvency practitioners each need information, assistance and co-operation.  So, if a bankrupt fails to file their list of assets and liabilities (statement of affairs), that can lead to on-going restrictions and sanction.  Similarly, it should be that if a director fails to file a list of company assets and liabilities, that failure should have consequences.

[It should be noted that the government did not accept the need for any such restrictive consequences in the past, saying it would be too harsh on an unco-operative director to restrict their other business interests just because they committed a criminal offence].

In other respects, asset recoveries can proceed, income can be garnisheed, and creditors’ claims, if any, assessed and paid.

And consistent with the fact that insolvency does not discriminate, both personal and corporate insolvency return the same low inconsequential average dividends.

In contrast to Commonwealth law, some State law does globally assess the insolvency of a business, regardless of whether it be that of an individual or a company or an association.  Perhaps harsh in other respects, Queensland law provides that building businesses that collapse into insolvency, the individuals are blacklisted, whether sole traders or directors, for 3 years exclusion for both.

That is not absolute.  Section 56AC of the Queensland Building and Construction Commission Act 1991 puts an onus on both building business bankrupts and company directors to explain why they should not have their building licence cancelled.  Section 58 addresses permanently excluded individuals.

These issues are best raised otherwise than in a newspaper, and with more an economic focus than quasi-criminal. 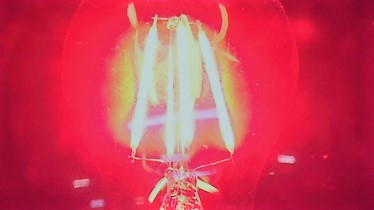