Insolvent assetless MSMEs – all but forgotten?

Does it matter that a company is insolvent such that something should be done by way of putting it into a formal insolvency arrangement under the Corporations Act? It seems not, according to the insolvency reforms announced by the Australian government, and according to insolvency policy itself.

In my early days of studying insolvency, my self-selected essay topic was ‘does insolvency matter?’ or more precisely, does it matter that a company is insolvent such that something should be done by way of putting it into a formal insolvency arrangement under the Corporations Act, or not?’[1]

One answer I came up with is that insolvency in Australia, and elsewhere, seems to think not.  For all its public interest elements, insolvency is a privatised process, meaning that the route to formal insolvency is largely in the hands of the debtor and its creditors.  That is, there is no concept of a roving liquidator, in the nature of a Grim Reaper,

who seeks out insolvent companies and winds them up with some cursory autopsy included.[2]

The closest to such a grim reaper role is the Australian Taxation Office, whose ‘draconian’ powers to serve a penalty notice on directors to either put their company into insolvency within 21 days or face personal liability made it, as I argued, our real insolvency instigator and regulator.[3]

These issues are relevant to the question what to do with what is said to be an expected large number of micro- small to medium enterprise (MSME) insolvencies this year and next.  Much has been written about the processes just announced by the Australian government in September 2020 and how they will work, at all or to what extent.  Among all the worthy views and comments there is an assumption that there is money available from somewhere to put the proposed processes into effect.

While there will be those MSME businesses which have not been entirely crushed by the COVID-19 economic crisis, and have the potential to be reinvigorated, I would think that many, maybe the majority, are defunct businesses that are leaving behind many creditors, employees, and unmet services and supplies, but no assets, or assets of any realisable value.

Assuming the latter are companies, their directors may choose to:

Option (5) can occur in limited circumstances; creditors would not want to waste their money on (4); and (3) liquidators won’t take them on if they will not be paid or come to some negotiated financial arrangement.

As to (2), it is a rather extreme response for a director to accept the restrictions of a 3 year Australian bankruptcy when option (1), walking away, is available.

That refers to the fact that the directors can simply abandon the company and after some time ASIC acts under s 601AB and goes through a process of deregistering the company after which, in legal terms, the company “ceases to exist”: s 601AH.

Is it ok that insolvency is privatised?

While the ASIC figures are hard to come by, a 2016 estimate is that while there are X number of formal external insolvency administrations each year under Ch 5 of the Corporations Act – liquidations, administrations etc – there are 5X number of s 601AB deregistrations.  Whether or to what extent these were insolvent companies we don’t know but we can make an informed guess that many were.

Which brings me back to the fact that insolvency is privatised, and is that ok?  Is it ok that many – thousands? – of companies will appear like sceptres in 2021, assets depleted by fruitless trading, or by pre-emptive design, but with no roving grim reaper to ensure a winding up and an autopsy to ensure no foul play before they are interred?

I have referred many times to how the Australian government’s policy has been that creditors should pay for the process of liquidation; in default of which, the government acknowledged there would be more companies than usual simply being deregistered under s 601AB.  Liquidators can’t be expected to work for nothing, as it said.[4]

In inquiring among my colleagues about this, as to whether it mattered, I received a rather strong response that it does not matter –

“Do the tax authorities fully audit every tax return to avoid shirking?  If not (and it’s surely not), that begs the question why every two-bit or even no-asset bankruptcy case has to be investigated. … Australia’s pointless and anachronistic formalism, born of an 18th-century distrust of all debtors, seems to me to be the problem. That UK has moved on but Australia hasn’t should be a red flag. The question isn’t who should fund these no-asset investigations; it’s why are we funding such investigations at all?!  This is an odd place for the law to abandon fiscal responsibility and rational cost-benefit analysis”.

“the regulation of all corporate activity is a matter of public interest, because of the influence that corporate conduct has on trust in investment markets.  Ever since compulsory super was introduced, every working Australian is an indirect investor in corporate enterprises.  Trust in markets is essential to efficient investment decisions”,

though my colleague conceded that “perhaps this is a Pollyanna view”.  I myself would add more reasons.

Then there are the figures, from some solid academic research into our deregistered companies in the context of examination of unlawful phoenix activity which, as is well known, involves the disposal of the dead company by as quiet a means as possible.

One phoenix example from that research was of

“a business being transferred to a new company with the old company simply abandoned by its management without being liquidated, (under s 601AB) and eventually deregistered by ASIC”; that is, deregistered because of its inactivity.

And while under s 601AH(5), a deregistered company can be reinstated,

“some companies are abandoned because they lack sufficient assets to make the appointment of a liquidator financially viable. In such cases, it is unlikely that reinstatement will be a productive exercise”.

That academic research noted that the figures often quoted – average dividends of 11 cents or (much) less in 96% of cases, assets under $250,000, few employees, etc – are confined to the companies that we know about but only because they go through the formal insolvency process and data is extracted.

“What these figures do not capture are the losses to creditors from abandoned companies, which are companies that do not enter any form of external administration”.

Those losses mostly include employees and the general unsecured creditors.

“They will need to fund the company’s liquidation themselves if they hope to recover anything of what they are owed, and risk further losses if it eventuates that company has no assets. As a result, many of these creditors do nothing, and the abandoned companies are eventually deregistered by ASIC for failure to return documents or pay annual fees”.

It was that research that estimated that there were five times as many abandoned companies as there were companies in liquidation at that time (2016) each year, “but the amounts lost to their creditors are unquantified”.

“the risk that insufficient oversight of the deregistration process may be facilitating illegal phoenix activity was identified more than 20 years ago in the ASC’s 1995 research paper into phoenix activities and insolvent trading … ‘it would appear that approximately 92% of Phoenix companies are deregistered under [what is now s 601AB]…’”.

It is however easier and much better to pass an anti-phoenix law.

So does all this matter?

Yes, to a practical and workable extent, which can be explained, later.

Briefly for now, we should remedy the lack of access to insolvency justice by those MSMEs too poor to go broke through a public role such as a public liquidator or fund.  Public trust and confidence in insolvency are fragile concepts given the significant benefit accorded a debtor by the release of all its debts.  This has adverse impact upon many, and while creditors are unlikely to see much return from insolvency, accountability is important, at least in Australia, where the rule of law is generally supported, including by some politicians.

There is no money to be made at that end – insolvency has never been just about debtor and creditor and money – but apart from that there are proper roles for the state in providing an infrastructure in support. The infrastructure has been slow in coming and is not here in time for this 2020-2021 crisis – open access to data, data collection and analysis, and the use of artificial intelligence are some minimum requirements, and an insolvency ‘industry’ well up on using those mechanisms.  These are further topics for explanation, and as our progress on those.[5]

Suffice to end this commentary by pointing out that the current proposed reforms do not address the assetless MSME cases and their creditors and employees, and problems left behind, even less so means to address them.

[2] With some limited regulatory exceptions.General Settings

[4] Explanatory Memorandum Insolvency Law Reform Bill 2015; but see ASIC’s comment that it won’t pay any liquidator for work done in taking an appointment on its behalf – How does ASIC choose a liquidator? Thea Eszenyi (2020) 32(3) ARITA J 50.

[5] See also www.murrayslegal.com.au generally, including recent articles written with Professor Jason Harris. Choose your own search word/s.  This article is not fully referenced – contact me if you need references to research etc referred to. 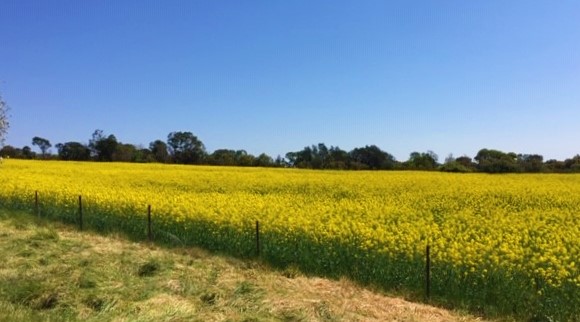