Insolvency litigation funding – too much hand-holding?

The original class action dates back a few centuries when the laws of bankruptcy in England were devised to authorise the state to pursue a claim against a recalcitrant debtor on the collective behalf of a class – the debtor’s unpaid creditors.[2] Recoveries from the debtor were then divided between the class members, after some good commission was first taken by the state.

That law was implemented and supported so as to ensure that commercial justice that might otherwise not have been done individually, was done, collectively. That law in general terms continues today.

“class actions designed to secure distribution of an insolvent’s assets pari passu between all creditors. They are not merely a debt collection process”.

“have never been treated in English law as an exclusively private matter between the debtor and his creditors; the community itself has always been recognized as having an important interest in them”.

Given that insolvency inherently involves limited funds, but also the strong power to recoup funds and assets through its unique litigation recovery mechanisms, litigation funding is a valid resource. Creditors themselves can first be invited to fund, and the law is framed to encourage that, by offering funding creditors a premium dividend payment: s 564 CA; s 109(10) BA. That process itself thereby creates a sub-class of preferred creditors within the general body of creditors.

Nevertheless, despite that encouragement, creditors are understandably reluctant to risk losing good money after bad.

Insolvency administration costs money, and without money, the most blatant transfer of assets prior to insolvency will not be pursued. Litigation funding costs more money, and that cost is a factor, but as Justice Brereton has said:

As the Victorian Law Reform Commission reports, that percentage ‘take’ can approach 75%.[6]

The current inquiry does not focus on litigation funding of insolvency class actions, as at least two submissions to the inquiry have noted – that of Professors Lombard and Symes, and that of ARITA.[7]

Both usefully caution that the inquiry should be aware of the particular issues around insolvency funding and that care should be taken with any unintended consequences of recommendations ultimately made.

That is not to say that law concerning insolvency litigation funding is satisfactory.

For one thing, it is internally inconsistent in its approach, and for another, it has taken on a life of its own, beyond what the terms of the law require or intended.

As to inconsistency, while the use of litigation funding in bankruptcy will be less common, the law imposes no requirement for court or even creditor sanction of funding agreements used by bankruptcy trustees.

For that matter, neither does the Corporations Act, section 477(2B) simply requiring [unnecessarily – see below] that agreements extending beyond 3 months be approved; for example a lease of company property.

That corporate requirement was introduced because a long agreement might unfruitfully delay the finalisation of the winding up. As a matter of policy, one would like to think that entry into agreements could be left as a matter for the liquidator’s professional judgment, as it is with more complex agreements. In any event, there are many other ways to regulate a liquidator unnecessarily extending a liquidation.

It was only when litigation funding came along in the 1990s that funding agreements – which invariably would go beyond 3 months, given the time that litigation itself takes – were seen to fall within that that provision.

A judicial life of its own

That is where the law has taken a life of its own, and a body of case law has developed around that rather limited provision in s 477(2B) to regulate such agreements, not only as to their length beyond 3 months, but also as to as to their terms, including, in the context of litigation funding, as to the extent of control retained by the liquidator, the prospects of success, and the percentage returns for the funder.  Retainers with lawyers also come with the court’s oversight.

That accumulated case law offers useful guidance but case law extension of a provision beyond its original wording and intent can come undone.  For example, some parallel might be drawn with the High Court recently rejecting a practice developed by the courts of approving common fund orders, as being beyond the terms of the relevant section.[8]

Formal statutory or code guidance might be a better option than creditor or court sanction.

Deregulation Reform, or, Are the courts really needed for such hand-holding of liquidators?

As some deregulation suggestions, and going back to basic bankruptcy law:

Consideration of insolvency reform need not be tied to the on-going class action and litigation funding reform processes, whether it be the outcome of this PJC inquiry, which is to report by 7 December 2020; or the ALRC 2018 report, to which the government is yet to give a response; or the report from the VLRC in Victoria, which has prompted a reform bill in parliament.

Some might query whether litigation funding can be examined separately from legal fees and the costs of litigation generally. As to which, see my Impact of the Jackson reforms on insolvency litigation in the UK.

[1] Parliamentary Joint Committee on Corporations and Financial Services, Litigation funding and the regulation of the class action industry 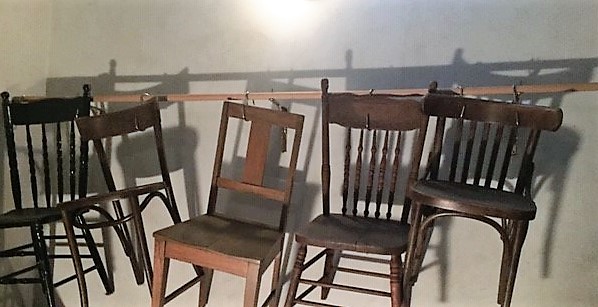