An alternative to parliamentary debate on a one year bankruptcy

With changes in our bankruptcy laws being delayed in parliament by more important debates on our marriage laws, an alternative opportunity for public debate is being offered by the Rosie Traill Bankruptcy Conference on 6 December in Sydney, the week that parliament resumes and then adjourns for the year.

Senior officers from AFSA are attending to explain the proposed changes, and to also discuss the impact of the Insolvency Law Reform Act 2016 on bankruptcy practice.

The full program also offers sessions on the full range of issues that arise in personal insolvency – voidable transactions, tax, regulation of trustees, codes, asset chasing, family law and much more – as well as the latest case law.

Rosie Traill also offers bankruptcy workshops the day before, on 5 December, providing intense instruction and guidance on the many issues that fall within the tasks of trustees, lawyers, creditors and financiers.

The conference is chaired by a senior bankruptcy and corporate practitioner, who will ensure that topical, instructive and open debate is provided.

This is the only regular personal bankruptcy conference in Australia, sitting alongside the Traill annual corporate insolvency conferences, the next, the 17th, being on 19-20 March 2018.

The Attorney-General and our other federal politicians might best serve themselves and their constituents by taking note of what is expected to be a lively debate on one year bankruptcy and other reforms before what is always a very well-informed Traill audience. 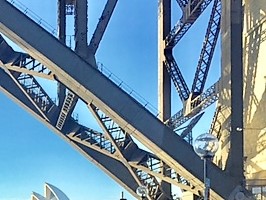