A less than “radical change” to Australia’s court structure

Given the Attorney-General’s openness to “radical change” in the structure of Australian courts, one small but significant reform would be to revive the idea of having judges jointly appointed to both the Federal and the relevant Supreme Court. This arises out of the pending unsatisfactory issue of benches comprising three Full Federal Court judges and five Victorian Court of Appeal judges each separately deciding on the law in relation to the winding up of trustee companies.

The further opportunity given by the Full Federal Court for others to have their say in the  Killarnee hearing does not appear to have been taken up.  The Full Court’s judgment is therefore shown as reserved, along with the Victorian Court of Appeal decision in Amerind.  Both are considering the conflicting appeal and trial judge decisions concerning the winding up of a company that holds property on trust.

Meanwhile, single judges have been making their own decisions on that law, in matters that need attention and can’t wait.

As explained, appeal courts in Australia should follow each other’s reasoning and decisions unless they consider the decision plainly wrong. The difficulty here is which of the two appeal courts will give its decision first?

But as Justice Gordon explained, the idea did not find favour.

An alternative might be to have appeal courts constituted by judges from both the Federal and Supreme Courts.  The NSW Court of Appeal included a Federal Court Judge on its bench in deciding Sanderson as liquidator of Sakr Nominees v Sakr [2017] NSWSC 38.

Australia’s first judicial dual Federal-State appointment was Justice Julie Dodds-Streeton, who was appointed to both the Federal Court of Australia and the Victorian Supreme Court. As the then Attorney said, the

“appointment follows initiatives being pursued through the Standing Committee of Attorneys-General (SCAG) to create a national judiciary to promote greater consistency and uniformity in the provision of judicial services in Australia.”

“commitment of both the Commonwealth and State Governments to work together to enhance the functioning and effectiveness of our courts”.

It does not seem anything happened.

Given the Attorney’s recent reference to the need for a full review of the court system in Australia, involving even “radical change”, this idea needs revisiting, and indeed, extending further.

Meanwhile, we wait and see which appeal court gets in first in setting the law in relation to the winding up of trustee companies.

And to see whether the radical change envisages the Federal Circuit Court being given corporate insolvency jurisdiction. 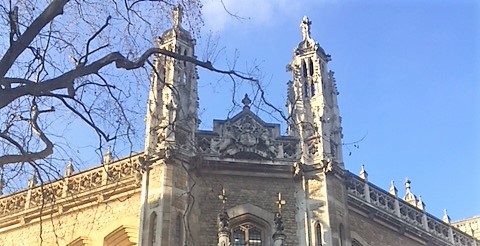