The report on Australia’s safe harbour protection for directors (s 588GA) from what is said to be our strict insolvent trading laws (s 588G) will no doubt please those in the industry for its rigorous legal analysis and precise recommendations, and the preservation of the safe harbour law upon which many a practitioner’s business model is now [usefully] based. Whether this stick and carrot approach works much is another thing. See Review of the Insolvent Trading Safe Harbour (treasury.gov.au)

The simple lesson in 588G, in context

While there are reasons for that – insolvency law’s disconnect with how small business operates might be one – yet at its simplest, insolvent trading law just says that you should not spend money you don’t have or reasonably expect to have by the time of payment.  That there is ignorance about that concept might seem odd but it is perhaps consistent with the nature of our increasingly credit driven society where purchases can freely be made today and payment can come after, often much after; and a business environment in some sectors known for under payment of employees and of tax.

So if there is in fact not much of a sense of doing wrong in incurring business debts and not having much thought about being able to repay, and in under-paying employee and tax, offering a safe harbour to protect oneself from the consequences of s 588G seems, well, senseless.

But our tough even “scary” insolvent trading law in 588G is hardly a model of how a law seeking to influence behaviour for the better should be framed.  It is based on an unquantified potential liability and a director’s defined mental unease that is then contingent upon the future event of the company going into liquidation, and upon many other things besides. These are distant issues, and the penalty, if any, more remote again. Insolvent trading is not the usual big stick of deterrence, less so in offering the carrot of safe harbour advice from multiple advisers.

Its impact on behaviour

This law also comes up against some strong behavioural counter responses to which many in business distress are subject – the rose-coloured glasses perception of the reality of a fading business, the assessment of an asset as having a higher value when the potential loss of it arises, the sunk cost fallacy over a family business, and the aversion to crystallise losses. And even if concerns were to surface, they can be rationalised by the norms within an SME business environment where legal compliance generally is variable. The comfort of these sentiments will often smother the need for directors to rush off to see a “restructuring” expert or more.

These behaviours are compounded by, as the report explains, a significant reality for SMEs, the mixed individual and corporate business debts from personal guarantees and tax liabilities, such that the loss of a heavily mortgaged family home and loss of income from a business swamp the distant threat of insolvent trading liability.

And our rather rigid insolvency laws are limited in addressing that mixed reality such that advice may need to come from separate personal and corporate insolvency sources.

As for the larger businesses, a journalist’s comment that a director is more at risk of being run over on the street going to a board meeting than being found liable for insolvent trading is probably correct, statistically.  Nevertheless, when insolvent trading and safe harbour start to enter the lexicon among board members and their advisers, and they read of “salutary lessons” of liability being imposed, as one judge put it, the law is serving a useful purpose.

Then there are the creditors for whom insolvent trading laws are all about.  Their anger at having been caught out by an insolvent trader may well be muted depending on the creditor’s risk level and is best redirected at self-protection for the future. Their expectation of any dividend payment from recoveries by liquidators for insolvent trading would and should be low; confirmed or at least suggested by a (SME) liquidator’s comment that 588G recoveries by way of demand and settlement were their main source of remuneration.

It still remains ‘creditors beware’, but creditors are now assisted by the ATO’s forthcoming new business register and director identity laws and other reforms allowing more transparency in business dealings, and security, to which the report refers. Unpaid creditors need not necessarily remain the helpless victims portrayed in law reform.

Look beyond the law

This isn’t admitting defeat, but the law is invariably limited in protecting people from themselves, and in shaping good behaviour, and the latter has to be framed to better target human inclinations. If the report’s recommendations to tweak the current laws are accepted and serve to both reinforce board knowledge and conduct, and in smaller companies to occasionally override human responses, for the better, then there is some educative and deterrent benefit to be had.

But we shouldn’t focus too much on the law of 588GA at the expense of a broader range of more strategic and comprehensive approaches, about which the review panel was not asked.

PrevPreviousWhat does our insolvency system produce?
NextBankruptcy law – no need for prior consent to service by emailNext 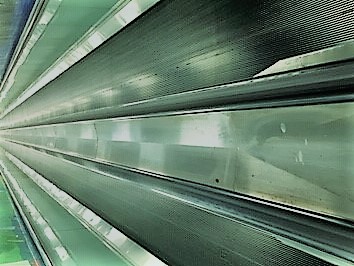