The prospect of an inquiry into insolvency law was raised in a recent speech by the chair of the Australian Law Reform Commission, Justice Sarah Derrington.  She noted that it has been over 30 years since the last inquiry, ALRC 45, the Harmer Report, of 1988.[1]

We likewise think a new insolvency law inquiry is needed, with certain threshold issues to be resolved in advance.

The 1988 Harmer Report did set out a significant roadmap for insolvency law reform in Australia, producing the voluntary administration regime, and a range of reforms in relation to voidable transactions and winding up processes.  At the 2018 launch of the 10th edition our text book, Keay’s Insolvency, Professor Richard Fisher, a commissioner on the Harmer inquiry, also spoke of the need for a further insolvency inquiry. Through Keay’s and elsewhere we have for some time been raising some fundamental issues about the insolvency regime that required attention.

Those issues, presently found in chapter 1 of Keay’s, and throughout our respective websites, are the subject of a law reform project being pursued by Professor Jason Harris and myself, Rethinking Australian Insolvency Law. We are taking a different approach, first examining how the insolvency regime in Australia operates within a framework and as a whole – its resourcing and allocation of responsibilities, and its accessibility – before the traditional approach of examining it as a series of component parts – winding up, voidable transactions, examinations, discharge etc.  The latter can be best assessed only once a viable framework is settled.

An insolvency regime presents particular issues, not the least being that it has important public purposes but limited funds, beyond those remaining in the insolvent estate. In corporate insolvency in Australia, there is no government official receiver role as there is in comparable jurisdictions, hence public tasks are being pursued by a private profession and mostly funded from those remaining assets, if any, at the cost of creditors.

Our data shows that, in essence, there is simply not enough remaining in insolvent companies and estates for those tasks to be performed and for the insolvency system to operate satisfactorily.  We recommend a greater role of the state, to take on the public roles in insolvency presently handled by a private profession, and to allow the profession to focus on the interests of creditors.

While data is limited, what we have been able to extract gives us cause for concern, showing failings, and gaps, in the current system, such as these:

Our view is that the framework within which the insolvency regime operates is not satisfactory, and it requires law reform and other attention, before the sort of law reform analysis given by ALRC 45 is repeated.

We recently presented and tested our ideas with those interested from the judiciary, academia, the profession and government, including from overseas, inviting responses.  A wide range of responses was received.  Professor Fisher, Mr Paul Heath QC, who conducted the equivalent New Zealand insolvency inquiry, Mr Reg Barrett and others have been particularly helpful and our discussions are on-going.

In so far as there is a current government response to these figures, it is that it is for creditors to fund liquidations, and if not, insolvent companies may simply be abandoned and go through default deregistration; this despite warnings of the potential for phoenix misconduct.  In personal insolvency, it seems accepted that trustees must accept the risk of non-payment in a significant number of estates, this despite the government Official Trustee role.  A broad professional response is that the private profession is more capable in conducting insolvencies and should be funded to do so.  We have responded to these in what we see as an on-going re-thinking of what is required: Rethinking insolvency law – a follow up | Murrays Legal.

Justice Derrington necessarily spoke well of the Harmer report and said that the approaches and techniques being applied by the ALRC in the Ch 7 inquiry might give some momentum to a comprehensive review of Australia’s insolvency laws comparable with ALRC 45.  She also referred to ARITA’s 8 point plan as being of benefit to any such review.

We agree that law reform techniques have changed since ALRC 45.  But there are some fundamental issues involved in insolvency, and no doubt other areas of law, not necessarily to be found within current statute or case law.  For example, analysis of case law will only show information on matters that had the resources to be litigated.  And case law outcomes do not necessarily reflect actual outcomes.

While insolvency law has a long history, our analysis suggests that some of its long-held assumptions and settled purposes need to be reassessed – greater priority to some, and less to others.

As an example, and drawing on our data, we query the attention given by the law to creditors in insolvencies, in particular since the ILRA 2016.  Creditors rarely benefit financially in insolvencies, and while insolvency serves creditors’ purposes more than by way of any dividend return, we say that too much time and effort is required on their behalf.  Not only is that inefficient, but it leads to an expectation gap that produces negative impacts.  To a large extent, developing IT and AI mechanisms should mitigate the costs involved, but at this stage that seems some way off, in Australia.

Another aspect is the significant number of offence investigations and reports made by liquidators and trustees.  What might have been a presumption of misconduct involved in insolvencies in times past should not apply today.  In any event, a more co-ordinated public sector process, such as we are suggesting, is the more appropriate for what is a public interest task.

The pursuit of recoveries through litigation that go to recoup practitioners’ unmet remuneration is also an odd distortion in insolvency law.

We also see much benefit in examining international approaches and reforms, where consideration of the issues we raise is often more developed.  The impact of COVID-19 has of itself raised the question of the role of the state generally, but it has also had a significant impact on MSMEs.  The resolution of their insolvency is seen in the broad terms we are examining, with limited remaining funds calling for more streamlined and focused attention.  Latest guidance from UNCITRAL, to which Australia is a party, and the World Bank and others, support many of the concerns we are raising.

We would welcome a review of Australia’s insolvency regime, that is its laws, how the system operates, and how it is resourced, as well as the important mechanisms supporting investigations and recoveries and creditor claims. A broader input of other disciplines beyond law is needed, economics and the social sciences being some.  We also need more operational and outcome data to show how the system works.  We note ARITA’s claim that our insolvency system ‘is far from broken, but it can be improved …’. Our data suggests otherwise, though our assessment criteria may be different, or ARITA may have access to data that we don’t.

In the meantime, we are continuing to examine and produce ideas for what we say is a need for rethinking Australian insolvency law to ensure it is accessible and efficient and resourced appropriately.

Comment is always welcome, though on current experience, we hardly need to ask.

[1] The Changing Face of Law Reform in Australia: Commentary on the ALRC’s Inquiry into Insolvency, its contribution to the current legal framework and the need for a new review given the passage of over 30 Years. ARITA Expert Series: Insolvency | ALRC 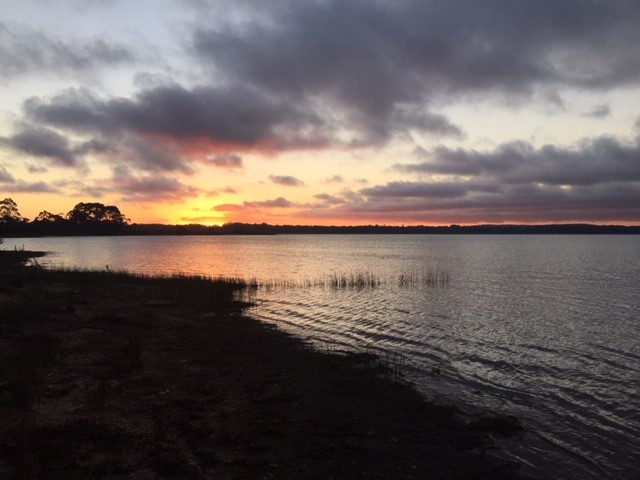