Australia’s review of its insolvency safe harbour – more than a few issues to consider, but in the end, about not much

The terms of reference and what is called a ‘discussion paper’[1] for this review under s 588HA have been released, although the intention of the law is best found in the 2017 explanatory memorandum[2] which gives a range of examples and types of business that might use the law.

Further background is found in the Turnbull government’s 2016 Improving bankruptcy and insolvency laws Proposals Paper[3] which explained that ‘more often than not, entrepreneurs will fail several times before they achieve success’ and that revised bankruptcy and insolvency laws will strike a better balance between encouraging entrepreneurship and protecting creditors’, one being the introduction of a safe harbour.

The terms refer to the requirement to report on the operation of the “permanent” safe harbour for directors, being s 588GA; that does not suggest that not much is intended to change, rather it is just distinguishing s 588GA from the temporary safe harbours under s 588GAAA, which expired on 31 December 2020, and also s 588GAAC, supported by s 588GB and s 588H, and now s 588GAAB, followed by s 588HA. While some may not now operate, what purpose they served during their time of operation will be useful to assess.

The terms also refer to the need to ensure that “companies of all sizes” have access, including directors of SMEs and any particular issues experienced by directors “when engaging with financial distress”.  There are several SME examples in the 2017 Explanatory Memorandum, necessarily though posited pre-pandemic.  The Small Business Ombudsman would have data and views on those scenarios as well.

Also, in 2019, since s 588GA was introduced, the laws prohibiting phoenixing commenced, the Explanatory Memorandum[4] claiming that [2.6] “safe harbour is subject to a number of limitations that make it unattractive to dishonest directors who may want to illegally phoenix their company”.  This is another line of inquiry for the panel.

The panel is also to look at the effectiveness of the underlying prohibition on insolvent trading under s 588G and associated penalties, such as they are.  But for s 588G, and only if it is effective, is s 588GA required at all.[5] One issue there is that s 588G has been effectively suspended for much of the period of the review.  How that is addressed by the panel will be interesting to see.  The benefits to the profession of s 588G must also be assessed given that, as one practitioner said, “we make our money out of insolvent trading”, important given the underfunding of Australia’s insolvency system.

The review will also examine and report on the role of advisers in the safe harbour.  These would range from, for a small business with a simple structure, an accountant, lawyer or other technical adviser, perhaps with experience in insolvency. A larger or more complex business, such as in construction, may require the advice of a specialist lawyer or insolvency or turnaround practitioner, say from TMA, with that extended to a team in very large matters.[6]

The terms say that the proposed “methodology” for the panel to apply is limited to one of consultation and roundtable discussions including of “shared experiences”.

Contrary to my earlier view, it seems that Treasury does not need to follow guidance under Prime Minister and Cabinet’s Post-Implementation Review[7] which offers a process of evaluation of regulatory changes to see if they in fact operated as intended and effectively and efficiently met the government’s objectives.  Nevertheless, that guidance provides a useful range of issues that could be considered.

Also, insolvent trading laws and safe harbour laws protecting directors from those laws seek to influence and balance behaviour.  A difficulty is that ‘director’ encompasses such a wide range of persons in a wider range of circumstances, with quite disparate impacts.  Nevertheless, ASIC has previously enlisted behavioural economics in seeking to influence compliant behaviour of directors of insolvent companies and the process of its assessment of its projects would be useful.[8]

It is useful also to see how the UK is handling a similar review of its 2020 “breathing space” laws. As I have reported, the UK seems to take a more long-term approach, which I had suggested for this s 588GA review, back in 2107, of putting an up-front assessment process in place.  In line with the UK’s Better Regulation guidance, in 2020 a post-implementation review (PIR) of the measures was arranged to take place by 2025, using guidance on evaluation processes in what is termed the Magenta Book.  That review will see if the measures were able to achieve their aims, if there were any unintended consequences and or improvements required.  However, it was accepted that they could be evaluated sooner to ensure the measures are fit for purpose, or ‘if existing stakeholder channels provide anecdotal evidence that they have not landed as expected’.

England has used Companies House data on the use and outcomes of existing measures pre-2020 with a view to its comparison with data being collected on the operation of the new laws.  Estimating the counterfactual is foreshadowed as a challenging aspect, therefore the PIR is likely to focus on monitoring and process evaluation elements. There is warning given that the Covid-19 pandemic will have a significant impact on the success of the measures, hence the need for caution in any assessment.

NZ is an interesting comparator.  When Australia was considering its safe harbour regime back in 2017, the comparison was made with New Zealand as to whether its equivalent laws were flexible enough to adopt here such that a safe harbour was not required. In the end, rather than make s 588G less rigid, Australia opted for s 588GA, and ss 588GAAA, 588GAAC, 588GB, 588H, 588GAAB and 588HA.   When considering its own COVID-19 reforms, NZ, perhaps wisely, decided it did not need an equivalent protection to Australia’s section 588GAAA and related sections because Australian law imposed an

“insolvency-related duty, which is much more strict than the two New Zealand creditor protection duties. Unlike in Australia, there is no specific duty on New Zealand directors to not allow a company to trade while insolvent. The duties in New Zealand are principles-based and provide scope for directors to exercise judgment”.[9]

“[12] The legislation governing insolvent trading in New Zealand is unsatisfactory in a number of respects. The Act should be reviewed to ensure that it provides a coherent and practically workable regime for the protection of creditors where directors decide to keep trading in circumstances where a company insolvent or near insolvent”.

In effect, that is what s 588GA allows, for directors to decide to keep trading in circumstances where a company insolvent or near insolvent.  NZ will therefore be watching Australia’s review with interest.

Those issues from overseas are relevant to Australia – for example the need for ASIC and other data held by TMA, ARITA and others, as well as Treasury and ASIC, both before s 588GA commenced and after will be useful.  ATO data on the 2019 anti-phoenixing laws will assist.  And AFSA now gives more focus to business bankruptcies, with a study in the UK pointing to the efficacy of its laws being impacted by the bankruptcy of the directors.[11] The counterfactual – what would have been the case had s 588GA not been available is difficult; but Australia has had the benefit of not having s 588G – insolvent trading – at all, on which the various agencies’ data will be invaluable.

As to academia, while there is no academic on the panel, that is made up for by the many academic and objective analyses already done.[12]   An economic perspective, such as that offered by Professor Aurelio Gurrea-Martínez in his 2021 article – Towards an optimal model of directors’ duties in the zone of insolvency: an economic and comparative approach [Journal of Corporate Law Studies], is also needed.

While as the paper says, the safe harbour provisions have only been in effect for a relatively short period, they have in fact been around twice as long as originally proposed – 4 years.  The overarching intent is said to include whether s 588GA promotes a culture of entrepreneurship and innovation. It would take more than a law to do that, and certainly more than any tweaking of insolvency laws. Whether s 588G was ever had the negative cultural influence some claimed is doubtful, and if it was so negative, why was it not got rid of or changed, instead of layer upon layer of new ameliorative law?

There are always many interests at play in relation to insolvent trading, but as the data on the costs of the system and creditor returns show, in the end those interests may be arguing over not much at all.

[5] At the smaller end, I have suggested it has no impact at the time, even if it serves other purposes of funding the operation of the system: The empty threat of insolvent trading (2009) Insolvency Law Bulletin 126, Murray. 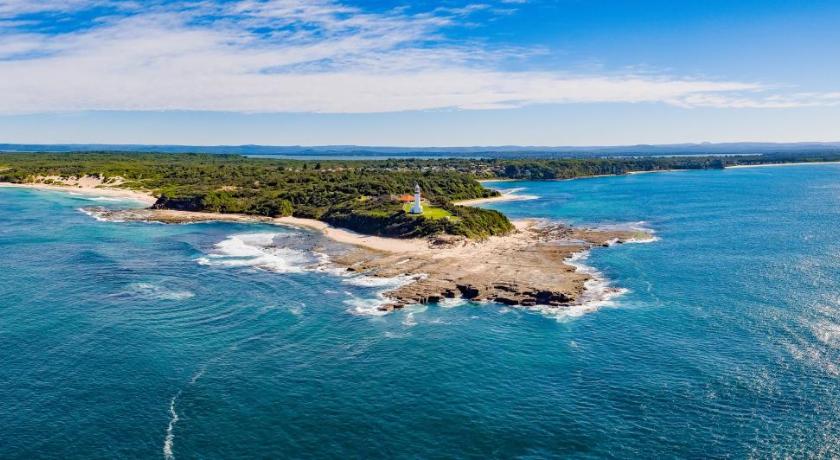