Does insolvent trading work? The UK may not think so.

In the context of the review of the safe harbour provisions in Australia, there have been recent articles on insolvent trading – s 588G – itself, from which liability directors may try to seek refuge in their s 588GA safe harbour.

Trying to recover money from the directors personally, instead of from the remaining assets of the company, is a relatively recent focus in insolvency law, having the joint aims of deterrence and recoupment.

There is much doubt about the effectiveness of deterrence, and about liquidators recovering money, from insolvent trading. or phoenix transactions.

In the UK, limited recoveries being obtained by liquidators prompted the state to take on extra powers, but its recovery rate may not be much better.

The first[1] is an analysis by Steele and Ramsay of all the relevant case law in Australia on s 588G from 2004 to 2017 – being 39 court judgments. Directors were found liable in 72% of the judgments but the success rate differed significantly, and understandably, depending on whether a liquidator brought the proceedings (84% of the cases) or creditors (42%).

Interestingly, there was no judgment in which a director successfully argued one of the statutory defences to an insolvent trading claim, although there was no review of the use of comparable defences in the tax laws. While a purpose of voluntary administration was to prompt its protection, and avoid s 588G liability, the article notes that changes in the tax laws have served to negate this. Safe harbour has its own separate tax thresholds. The involvement of litigation funders is also discussed as well as the limitations of recovery from directors’ insurance policies.

A similar review has been done in New Zealand[2] where the pending appeal in the NZ$36m reckless trading case in Mainzeal will be of interest. However, while there were higher ‘success’ rates in NZ, there were more uncontested cases with the majority of companies being in the SME sector. As the author says,

‘even where SME directors are aware of their responsibilities, the threat and/or reality of enforcement action may be of little consequence for some … [they may have] already lost everything’.[3]

The second paper[4] by Steele, Ramsay and Webster offers a comparison of s 588G with Singapore’s ‘wrongful trading’ regime under s 239 of the Insolvency, Restructuring and Dissolution Act 2018. Wrongful trading occurs if a company incurs debts when insolvent without reasonable prospects of meeting them in full, or if the company becomes insolvent as a result of incurring such debts. Liability arises if the director either knew or ought to have known that the company was trading wrongfully.

As the authors explain, Singapore[5] had rejected Australia’s approach to insolvent trading which it then considered [in 2013] as ‘some of the strictest provisions amongst the major jurisdictions …’.

These articles will be useful for the review of insolvent trading and safe harbour protection[7] but they beg some big questions as to the impact and effectiveness of the whole creditor compensation regime, of which s 588G is a part.

Court outcomes are only ever one aspect of how the law operates.

What the law seeks to achieve

The Steele and Ramsay paper speaks of ‘success’ in limited terms as being as a s 588G court decision in favour of the liquidator; or in one case, in favour of a litigation funder, where creditors were to receive nothing.

‘Successful’ outcomes in court proceedings are not always what they seem and are little revealed by the profession itself or the statistics, save for some anecdotal reports. The authors refer to the s 588G decision in Boné, where the liquidator obtained a judgment sum of $800,000, only to then find difficulties in recovering the amount and to later seek the court’s approval to compromise the claim down to $200,000.[8] Then, even if that amount were recovered, what flows through to creditors is another matter again.

There are other criteria of success, one being that s 588G serves to deter insolvent trading; another that 588G successfully prompts a settlement or prompts voluntary administration, or prompts seeking refuge in safe harbour. Success would then be achieved by insolvent trading and its losses imposed on certain creditors being held secondary to the benefit of the creditors generally if the company survives: s 588GA. Some of these other ways to assess the effectiveness of 588G are referred to in that article.

Insolvent trading exists to purportedly assist creditors achieve greater dividend returns. That may be the case but no data from government nor any from the industry itself tells us that.

Relying on some available data, the UK government took a view that liquidator actions under its wrongful trading provisions did little to assist creditors, this despite what the government saw as a ‘market failure’ in relationships between corporations and their creditors, evidenced by creditors’ inability to effectively manage the risks created by limited liability.

Liquidator actions against directors for wrongful trading were small in number – a similar study to that of Steele and Ramsay suggested that just 16 cases were reported between 1986 and 2013. The government therefore took the view that it had to step it with its own enforcement rights. Powers for the state to seek compensation from disqualified directors were introduced, running outside the insolvency regime.[9]

The recent High Court decision in Eagling[10] is the first reported outcome of the exercise of those new powers.

The director was disqualified for the maximum 15 year period for transferring over £550,000 from the liquidated company, a ‘wine investment’ business, to another company of which he was sole director in the year before the business entered liquidation. He was ordered to repay the funds.

This new law represents a significant intervention of the state into director regulation in the context of insolvency and this had caused, as the Judge said

‘some consternation … viewing negatively its inter-relationship with the Insolvency Act 1986 routes of recovery, and more generally its potential disruption of the priorities of distribution … and of the principle of pari passu distribution which has applied to English insolvency since the mid-nineteenth century’.

The Judge largely dispelled that concern pointing out that

‘[r]adically, liability is based not on loss to the relevant company but on loss to its individual creditors. That removes any direct correlation between this regime and the remedies available under the [Insolvency Act 1986]. Potentially, it also enables recoveries to be made in cases where there is wrongdoing which causes no loss to the company, or where such loss is problematic ….”.

Use of the power by the state will depend on the circumstances. The liquidator in that case had no funds to pursue the director, his remuneration was unpaid and there were no remaining assets.

Richard Williams describes this as ‘a new, free-standing, regime, … designed in the public interest to cover the entirety of the conduct for which a director might be disqualified’.

However, he questions whether it serves its purposes in light of high bankruptcy rates among those responsible for serious misconduct that serve to negate recovery of any funds; and of the fact that only a minority of disqualification cases are likely to be suitable for civil recovery proceedings. Eagling was one.

In an earlier article[11] Williams had looked at Australia’s insolvent trading regime, comparing it with that of the UK, finding it

‘remarkable’ that s 588G ‘appears to have been no more effective over its near 50 year history than section 214 [wrongful trading] has been in its 27 years’.

He questioned the ‘unfounded’ assumptions in the Cork Report of the extent of insolvent trading, similar assumptions being made in the Harmer Report. As such, he said, there is

In other words, insolvent trading or not, and creditor-defeating dispositions or not, financial outcomes for creditors won’t change, and by the time action is taken, creditors will have moved on and their need for justice will by then have faded.

The extensive literature suggesting that, personal liability or not, directors aren’t rationally deterred by such laws, the contemplation of a distant and problematic liability hardly registering in their minds, is left for another comment from Murrays Legal.

[7] Other academics articles are also appearing. See Julie Cassidy’s Superfluous or Superlative: The Role of Reckless/ Insolvent Trading prohibitions in New Zealand, Australian and South Africa Directors’ Duties Regimes; and Andrew Smith’s Should I Stay or Should I Go: A Proposal for Reform of the Insolvent Trading Laws in Australia, abstracts from the Corporate Law Teachers Association Conference 2020. 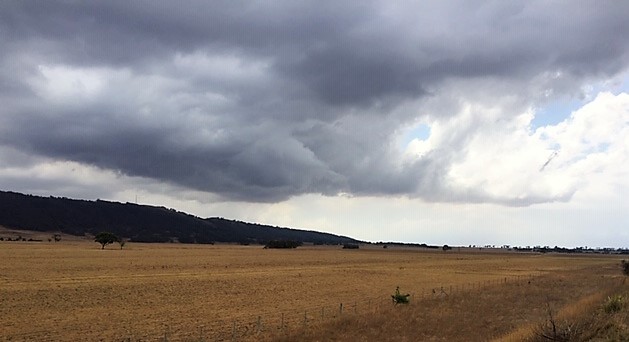