If a company owing a debt enters into an agreed payment arrangement with the creditor, that can serve to defer that debt as being ‘due and payable’ for the purposes of determining the company’s insolvency – that is, whether the company can pay all its debts as when they become due and payable.[1]

It depends on the particular arrangement, and, in the case of tax debts, the law.

A payment arrangement with the ATO under s 255-15 of the Taxation Administration Act[2] allows the company to pay certain tax debts by agreed amounts over a period of time.

But despite the agreed arrangement, the tax debt remains “due and payable”. Unlike a commercial agreement, it is not open to the company to treat the tax debt as being deferred as a matter of “commercial reality” in assessing its solvency.

The Full Federal Court said this is clear from s 255-15(2) that ‘[t]he arrangement does not vary the time at which the amount is due and payable’. There is a power for the ATO to defer the payment time, under s 255-10, ‘at which an amount of a tax-related liability is, or would become, due and payable by you (whether or not the liability has already arisen) and if the Commissioner does so, that time is varied accordingly’.

The Full Court did say that

‘directors of a company might find it incongruous that having secured an arrangement for payment by instalments they remain obliged to take the full liability into account when considering whether the company is able to pay all of its debts on a particular date. At least in the case of contractual debts some latitude in the time for payment might influence the question of whether a debt is due and payable at a certain time[3] …’

But the Full Court said that this was a consequence of the debt arising under statute and where the only relevant arrangement as to payment arises in accordance with the statutory terms.

This is but one aspect of this 688 paragraph appeal judgment in relation to an enterprise – Solar Shop – that entered liquidation in 2011 and remains on-going: Clifton v Kerry J Investment Pty Ltd trading as Clenergy [2017] FCA 1379. The Full Court queried the trial judge’s assessment of the company’s insolvency on 31 July 2011, in relation to other debts, given the inadequacy of discovery of relevant documents. That question was remitted for further hearing to the trial judge [White J] or another judge.

[3] If the Court is satisfied that as a matter of commercial reality the company has a resource available to pay all its debts as they become payable then it will not matter that the resource is an unsecured borrowing or a voluntary extension of credit by another party, citing Lewis v Doran [2005] NSWCA 243.

PrevPreviousDon’t be too harsh on non-compliant directors of failed companies?
NextDoes insolvent trading work? The UK may not think so.Next 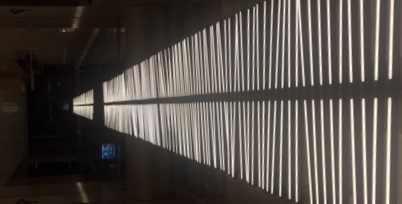