An option for a quick resolution of an insolvent business is its quick pre-packaged exit, and transfer of assets to a new owner, avoiding the inevitable impact on value that a formal insolvency arrangement brings. A recent UK article compares the pre-pack scene in the UK and Australia, suggesting Australia’s ideas may provide insights for the UK’s current pre-pack review.  UNCITRAL also has pre-packs on its agenda. The AIIP conference in June in Canberra is devoting a significant focus to pre-packs, led by authoritative figures in Australian insolvency law and politics.

The ‘pre-packaging’ of an insolvent business’ assets and liabilities prior to its entry into a formal insolvency arrangement is a live issue in many jurisdictions, including Australia.  There are pluses – a quicker and more effective resolution of a failed business – and minuses – the potential for abuse, for example by a quick sale of assets to another related entity for a limited price with the debts left behind in the old entity which is then liquidated.

England has pre-packs, supported by professional body guidance – Statement of Insolvency Practice (SIP) 16 – to ensure transparency and effectiveness and to ensure the process is not abused. The industry has set up a ‘pre-pack pool’ of experienced people to monitor and oversight pre-packs in that country.

The UK Insolvency Service is undertaking a review of pre-packs, announced in December 2017, including of the industry’s compliance with its own professional guidance in SIP 16 in relation to sale to connected parties. This is in support of what is a useful approach taken in law reform, that the government has reserved the right to enact legislation, by 2020, that would control pre-pack sales to connected persons in the event that the insolvency industry does not comply with the requirements of. SIP 16.[1]

All this is explained in a recent article – Review of the pre-pack industry measures: reconsidering the connected party sale before the sun sets – by Chris Umfreville,[2] of Aston University, which also explains the Australian position and ideas for reform here.

Australia has not had a formal review of pre-packs although the phoenix reports of Professor Helen Anderson and her team have expressed concern that UK style pre-packs, as proposed in Australia,

“may facilitate harmful phoenix activity. Their availability may send a message that significant asset transfers prior to insolvency, precipitating the external administration of the company, are acceptable”.

In the meantime, Australia has its new safe harbour protection for directors – s 588GA Corporations Act – with some aspects of pre-packs potentially involved in that arrangement.

In that safe harbour context, one writer has suggested that any practitioner proposing a pre-pack should explain how creditors’ returns are to be maximised, disclose valuations and the marketing process, identify the purchaser, its funding and any relationship to the company, identify the risks of continued trading and maintaining asset values, and provide an analysis with supporting assumptions comparing a sale through a formal external administration with a pre-pack sale. It is suggested that ARITA should provide guidance in its code of professional practice in relation to pre-packs implemented under the safe harbour regime.

Umfreville refers to such a proposal in a submission by Richard Fisher in response to the government’s paper on proposals for dealing with phoenix activity.  Fisher sees a pre-pack as allowing the restructure of a business with its employees retained; with consequent savings to Australia’s employee protection scheme – FEG.

As Umfreville explains, Fisher considers that the risk of a pre-pack facilitating phoenix activity can be managed by a clear legislative framework combined with insolvency practitioner regulation and standards. His ideas include the conduct of pre-packs by liquidators from a chosen panel, limiting their use to smaller companies, and ensuring creditor communication and transparency similar to that provided by SIP 16.

Fisher also notes[3] that UNCITRAL’s Insolvency Working Group V (WGV) is presently examining insolvency regimes appropriate for micro to small to medium enterprises – MSMEs. At its session on 11 May 2018, WGV looked at adding further MSME guidance to the Legislative Guide on Insolvency Law, which itself explains and endorses pre-packs, or what it calls ‘expedited insolvency proceedings’, that

Other issues being discussed by WGV fit in with Fisher’s endorsement of the Productivity Commission’s 2015 recommendations[5] including for a simplified ‘small liquidation’ process for companies with liabilities under $250,000, including provision for small pre-pack sales.

As Umfreville says, these and other reform ideas

“could prove a very interesting period in the development of Australian insolvency law and worth taking note of in the UK”.

Fortuitously, and fortunately, the opportunity for these ideas to be explained and debated will arise at the inaugural conference of the Association of Independent Insolvency Practitioners (AIIP) in Canberra on 28-29 June, at which Fisher and others are speaking.

The keynote speaker, Senator John Williams, has himself raised pre-packs as a potential reform issue in corporate insolvency.

PrevPreviousby how much could we reduce white collar crime by imposing 30 year jail sentences? “Zero”.
NextBankrupt parliamentarians – ok or not?Next 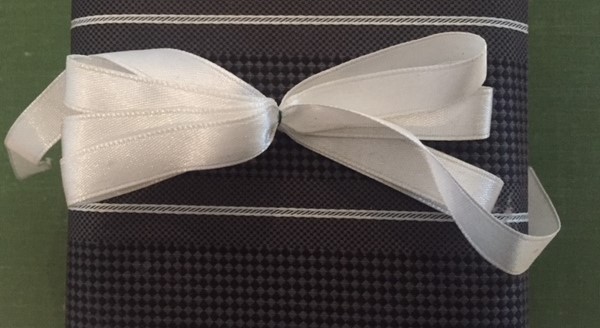