Modern justice – exploring beyond the edge of the known legal world

A recent article by Mr Ken Hayne has offered a strong critique of many aspects of the justice system in Australia, and the way that lawyers and judges administer it.

The article covers the slow and prolix way that litigation matters proceed, the volumes of ‘relevant’ documents, the increasing length of trials, and delays in judgments being delivered, among many other problems.  The article concludes by saying that unless attention is given to all these issues, with some genuine commitment to finding another way of proceeding, our justice system is in danger of falling into desuetude.

I was reminded of this article when reading a recent trial court decision that had at least two particular features decried by Mr Hayne:

the length of time in which it took to be delivered –

and its reliance on remote case law –

‘rarely do judgments have to explore beyond the edge of the known legal world when deciding the case at hand’.

The trial decision to which I refer was delivered some 5 months after the hearing, on a matter of no great legal or factual complexity. No comment is made as to whether this affected the outcome.

And while the Republic of Ireland is quite a distance within the edge of the known legal world, and no doubt has produced many worthy judgments, our Australian court referred to principles stated in more than edgy Irish and English decisions of the early 19th century, and more, that have never before been cited, on my researches, in any Australian court.

At least the principles, assuming their continued relevance, are now elevated to 21st century case law, and perhaps even text books. 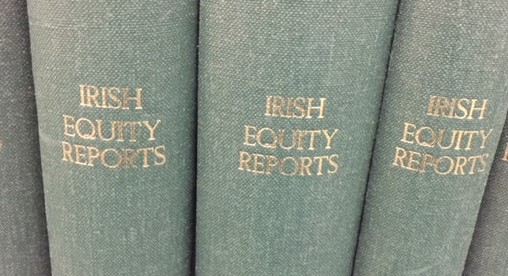