Does Political Criticism of Judges Damage Judicial Independence?* a paper by Dyson Heydon

This is the title of a recent article written by Dyson Heydon AC QC on contempt of court, with a particular focus on the validity of the response of the judges of the Victorian Court of Appeal to criticism made of the Court’s decisions in 2017 by three government ministers.

That Court of Appeal response[1] concluded:

32 There is one matter we emphasise. The Court has accepted in this instance the apologies and retractions proffered. It should not have come to this, namely two court hearings. But for the apologies and retractions we would have referred the groups, namely the Ministers and the Australian parties to the Prothonotary of the Supreme Court for prosecution for contempt of Court.

33 The Court states in the strongest terms that it is expected there will be no repetition of this type of appalling behaviour. It was fundamentally wrong. It would be a grave matter for the administration of justice if it were to reoccur. This Court will not hesitate to uphold the rights of citizens who are protected by the sub judice rule.

Mr Heydon is critical of that response, issued by way of the Court’s published judgment.

The claimed contempt by these politicians is relatively benign compared with their populist counterparts, newspaper editors, in the past, and now.

As we have earlier reported – Contempt of court: arguing for days on the exact length of the split in the hair – newspapers in 1935 expressed outrage at the High Court’s decision to allow a Mr Egon Kisch into the country, without him having to pass an entry test, of knowledge of the Gaelic language.

The newspapers were in fact found guilty of contempt in R v Dunbabin, a decision to which Mr Heydon refers.

Nothing much changes. One example of current populist criticism of the ‘courts’[3] is the report that[4]

“murderers, rapists, paedophiles, armed robbers and drug dealers are among the scores of criminals the AAT has saved from deportation”,

strictly true at a populist level, though the law comes in there somewhere.

Getting back to politicians, Mr Heydon quotes former English Prime Minister David Cameron speaking before the House of Commons that there

Mr Heydon then asking, in the case of the Victorian Court of Appeal

“even if the Ministers made mistakes, did the Court compound them by its reaction?

His article concludes that:

Some might prefer to read the article, rather than a newspaper summary, or this cursory review. See the Policy Exchange, Judicial Power Project, UK. 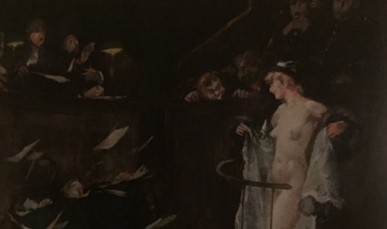