The Fletcher Moot – the winners, and the many honourable law student competitors

The Fletcher Moot 2017 was a significant organisational and educational achievement in the teaching of insolvency, in this case, the complexity of cross-border insolvency.

It brought together law school teams from around the world to compete in presenting and arguing complex factual and legal issues before panels of local and international judges, with the closing finals being held in Sydney on 15-17 March 2017.

A large audience of judges, lawyers, academics and members of the insolvency profession attended.

Mooting is a component of legal education whereby students prepare cases as counsel on hypothetical facts and present them to a ‘judge’, who then determines whose argument succeeds. It teaches both a knowledge of the law and the formulation and presentation of a legal case, and the ability to respond readily to counter arguments.

Michael Kirby has written an interesting account of its long traditions, saying of his own first moot, on the law of contracts, that he appeared before the Hon Mr Justice Bruce MacFarlan,

“a judge straight out of Central Casting. Urbane, dignified, with a mane of solver hair and an unfailing politeness To a young law student, he was overwhelming, over-awing. I will never forget how my heart raced as I rose to put my first submissions to a court of law. All I could think of was; can I get through the next twenty minutes?”

It was, writes Kirby

“a most intimidating moment in life. But it was one of those rites of passage through which most law students pass on the way to a life in the law”.

Mooting – Past, Present, Future, speech to the Victoria University of Technology, School of Law, 22 August 2001.

If the students at the Fletcher were intimidated or nervous, it did not show.

The finalists were the two Singapore teams – SMU and NUS.  They appeared at the Federal Court before an appeal bench of Chief Justice James Allsop, Lord Justice David Richards of the England and Wales Court of Appeal and the Hon Allan Gropper, a former US Bankruptcy Court judge.

The quality of all the mooters was evident in their responses to the continual questioning by the judges of the students’ well prepared arguments on complex cross-border issues.

The Judges’ close decision was that the winning team was SMU, with the honourable runner-up, the NUS.

All Judges – local and international – spoke at the end giving feedback on the students’ efforts, and spoke extremely highly of the quality of their legal preparation and knowledge, and their mooting skills.

As a judge on some of the semi-finals, I can only but agree.

The moot was organised by Professor Rosalind Mason of QUT, and by INSOL International and the International Insolvency Institute. It was held in honour of the great cross-border lawyer and academic, Professor Ian Fletcher, of London, who conveyed his appreciation through a close colleague attending the moot.

PrevPreviousLaw reform – a carve-out from directors’ insolvent trading liability, with a change in their culture in return
NextThe bankruptcy of Sir Garfield Barwick, Chief Justice of the Australian High Court – an example of a true ‘fresh start’Next 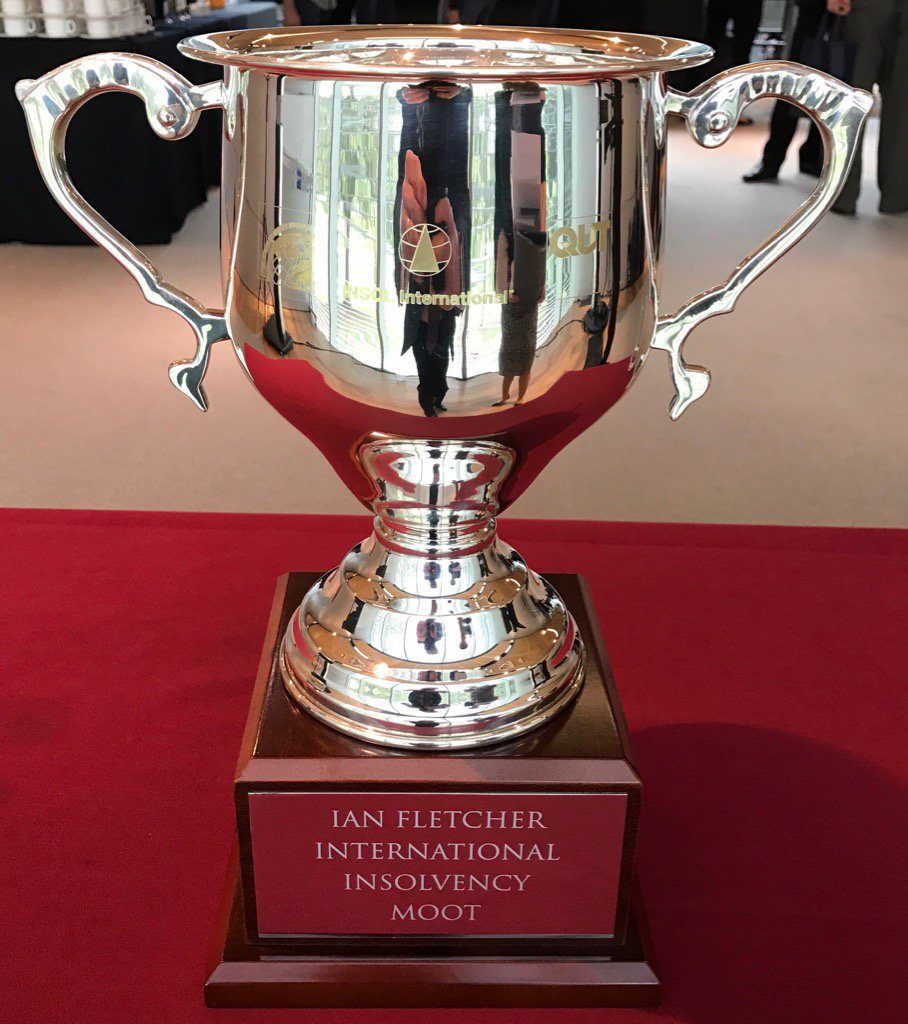