Criticism of inconsistency in judicial decision making in determining the amount liquidators should be paid for the work they do is the subject of the following article,

Any insolvency practitioner appointed as trustee or liquidator to an estate or administration is entitled under the Bankruptcy Act or the Corporations Act to remuneration for work performed, generally paid from the insolvent’s assets, in high priority.

There is presently an unsatisfactory inconsistency between the courts as to how remuneration is to be assessed. The law allows both time based costing and “ad valorem” or commission based remuneration. Both are contemplated by the relevant statutory provisions, despite the prevalence of time-based remuneration in modern times: see for example s 473 Corporations Act; s 162 Bankruptcy Act.

This has been consistent with the bases of charging fees in many professions, and trades, and other service providers, although it is said to benefit those who work less time efficiently. That concern in itself assumes that a level of integrity would not be applied to reduce hours of work claimed that the professional, or tradesman, would, on review, objectively assess was not necessary and proper.

Another issue in insolvency in the inherent threshold problem that any insolvency appointee cannot know in advance what is involved in their new task; largely because of independence requirements, but also because an insolvent business will often be in some disarray in its financial and business records, and those who might have acted unlawfully in dealing with the company’s assets, will be uncooperative or absent.

In any event, the decisions of Brereton J in the NSW Supreme Court – the latest one – Sakr Nominees [2016] NSWSC 709 being here discussed – take a particular and unfortunately inconsistent approach to those of the Federal Court, and of other Supreme Courts.

This may be seen as contrary to the interests of what is a rather delicately balanced national corporate law scheme.

Sakr was a “small family company” with only one significant asset – real property – which the liquidator sold for $3.72m. He retained agents and solicitors to negotiate and act on the sale.  There were a number of issues with which he was confronted, including in relation to the uncooperative conduct of various parties. A surplus was to be paid to the members.

Brereton J corrected noted that the law allows remuneration to be calculated on the bases of a commission on assets realised and/or assets distributed, or on time spent. He was also correct in saying that liquidators should not necessarily claim remuneration at their firm’s standard hourly rates for time spent, “particularly in smaller liquidations where questions of proportionality, value and risk loom large”; nor where more property is available.

Much of those views will, however, depend.

He referred to his own decision in AAA Financial Services (no 2) [2014] NSWSC 1270 where he said that the application of a standard hourly rate to liquidations of diverse size and complexity cannot reflect various of the factors referred to in s 504(2) of the Corporations Act, and in particular (d) the quality of the work performed, (g) the degree of risk and responsibility involved, and, above all, (h) the value and nature of the property involved. See also s 473(10).

He did not refer to the range of other decisions which did not take his approach, including a significant appellant court decision.

The creditors had approved remuneration to a total cap of $197,000, which the liquidator had drawn in full. In addition to that amount, the liquidator sought further remuneration of $63,580 for work done from 3 November 2014. The Judge allowed $20,000.

Based on various ratios from prior cases, the Judge thought $197,000 was appropriate – “if one allows 2.5% on realisations of $3.72 million, and 3% on distributions of about $3.33 million, that produces a figure in the $190,000s …”. But given that there was no objection from the contributories; and that extra unanticipated work was required after the $197,000 cap had been approved, the Judge allowed $20,000 in addition to that which had already been approved by the creditors.

There are many decisions of the courts that do not take this approach at all, or even discuss it, or Brereton J’s decisions.  That in itself is unsatisfactory, when two or more streams of courts go their own way.

One recent example is Smith, in the matter of Oceanic Asset Management Pty Ltd [2016] FCA 644, where the Federal Court approved a provisional liquidator’s remuneration (Smith) in the full amount, of $155,000 + GST. On reviewing the evidence, Justice Barker said [paragraphs removed]:

“The detailed narrations in the remuneration reports enable the Court to sufficiently identify the work to which the claimed remuneration relates. Further, the work performed by Mr Smith and his staff from 24 August 2015 to 12 November 2015 (inclusive) involved tasks ordinarily performed by a provisional liquidator, and appears to have been reasonably necessary. The Court has no reason to doubt that the work was in fact performed, or that Mr Smith and his staff acted reasonably in performing that work.Mr Smith calculated his fees using a time-based method that is common in such matters. The hourly rates charged are the same as those set out in his notice of consent to act dated 14 August 2015. The Court has no reason to doubt the reasonableness of these rates.In all the circumstances, the Court is satisfied that Mr Smith has established a prima facie case that the amount of remuneration claimed is fair and reasonable”.

Most types of remuneration assessments have deficiencies and merits. Commission based remuneration – like that of estate agents – does have shortcomings in the different commercial context of a liquidation and the pursuit of public interest, regulatory and investigative issues by a liquidator. While in the days of the Law Times Reports, being the source of one decision on which the Judge relies, percentage based remuneration might have been appropriate, the nature of business and commerce has changed much since then, as has what is expected of professionals, of the law, and of judges. Certainly consistency is expected of insolvency practitioners in their application of the law, subject to the law being as clear as can be achieved and not variable.

From practitioners’ viewpoints, should court approval for remuneration be necessary, their legal and practical advice may be that they should apply to a court where consistency in decision making, an inherent quality of any justice system, prevails.

The Sakr decision is now on appeal, with the NSW Court of Appeal listing both the application for leave to appeal, and the appeal itself, on 1 November 2016.

In the meantime, it should be informed by the pending “proportionality” decision of Davies J in Templeton, reserved since 9 June 2016.

PrevPreviousOur insolvency law reform – will it all end in tears?
NextThe Listing of The Halcyon IsleNext 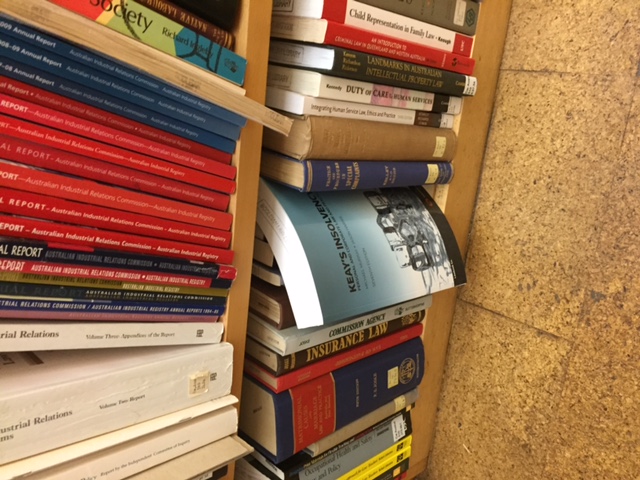