Cleaning up after failed oil and mining operations – new New Zealand laws, and other ideas

The cost of environmental clean-up of mining and other resource projects where the company has gone into liquidation is a live issue in Australia, with the on-going issues following the liquidation of the Northern Oil and Gas Australia (NOGA) group of companies, and with similar issues in New Zealand, and elsewhere internationally.  NZ is introducing legislation to deal with it.

NOGA’s collapse and its cost

The Australian government has announced that it is committed to decommission NOGA’s facilities, 550km northwest of Darwin in the Timor Sea, and remediate the associated oil fields.[2]  Although there appears to be some cost and liability issues with that: Northern Endeavour oil platform clean-up could cost taxpayers $1 billion, senator says – ABC News.

Report on NOGA and why it failed

“the administration and subsequent liquidation of the NOGA group of companies is an unprecedented event in Australia’s offshore oil and gas industry. It is important for the government to understand how and why this situation arose, so that it can fully consider what may need to be done to prevent a similar situation occurring in the future”.

That might be the case although these circumstances have been faced internationally for some time and were raised in a 2018-2019 Australian Senate inquiry that in the end could not agree on common recommendations.  Mining company rehabilitation costs as contingent liabilities – Senate hearing | Murrays Legal Commentary

The Walker Report goes on to say that although Australia’s offshore petroleum regime has a number of checks and balances to ensure that titleholders decommission their assets at the end of field life and restore the environment, the

“events at the Northern Endeavour has shown, though, that the current situation is vulnerable. None of the regulatory controls anticipates the circumstances of a titleholder liquidation”.

Prior to its collapse, the operation had been subject to a number of enforcement actions by the National Offshore Petroleum Safety and Environmental Management Authority (NOPSEMA) concerning overdue maintenance and repairs and extensive corrosion.

The Walker Report expressed serious concern that such events could be

“repeated as Australia’s offshore industry matures and late-life assets are likely to be passed from established major oil companies to smaller, less-substantial titleholders”.

The “simple answer” to NOGA’s collapse was given by its liquidators, KPMG, that

“the NOGA group was loss making since it started, was significantly undercapitalised, and in the end had insufficient funds to meet its liabilities”.

New Zealand is introducing legislation[3] in particular response to a recent clean up that the government has had to take on, following the collapse of the Tui oil field venture.

Tamarind Taranaki Ltd – the permit operator of the Tui oil field – was placed in receivership and liquidation in December 2019.  Its parent company, Tamarind Resources Private Limited (Singapore) went into receivership in March 2020 and into liquidation in April 2020.  The NZ government is an unsecured creditor in respect of Tamarind Taranaki Ltd.

The liquidators of the Tamarind companies, Grant Thornton, disclaimed the Tui assets to the government but the petroleum mining permit currently remains with the liquidators.

The NZ Crown Minerals Act 1991 (CMA) does not currently explicitly provide for petroleum permit and licence holders’ decommissioning responsibilities, the length of time for which they are responsible, and the consequences for failing to carry out decommissioning.

Hence the NZ government has introduced a Bill – the Crown Minerals (Decommissioning and Other Matters) Bill 2021 to amend the CMA to address these deficiencies.

The Bill is explained as being an attempt to reduce the risk of the taxpayer or other third parties bearing the cost of decommissioning petroleum fields.

The changes are proposed to work as a package and apply to current permit and licence holders, as the fiscal risk to the government and other third parties is greatest from the existing, rather than future, oil fields requiring decommissioning.

Australia has no comparable laws?

The costs of closing down and decommissioning mines, “orphan” oil wells and such often comes into focus when the operator falls into insolvency.  Where the liability lies at law can be contentious.  A liquidator will invariably disclaim the liability, which serves to hand the responsibility back to the state.

The effectiveness of that is subject to a majority decision of the Canadian Supreme Court[4] which seems to draw a distinction between provable debts and responsibilities to remediate, although that is in principle and depends on the particular national insolvency laws.

Reliance on the insolvency process and any remaining assets of the insolvent company, and after the event, is hardly a proper or useful approach.  Far better to ensure the licence granted by the state to conduct the mining or oil search operations has some financial guarantee of remediation or decommissioning in the event the enterprise fails.

That puts the responsibility where it belongs, with the government.  However Australian insolvency law still grapples with what are often local state laws that seek to unduly fall back on insolvency law, even to the extent of claiming to put liability for clean-up etc on the liquidator.  One state, WA, argued that the insolvency law of disclaimer be amended to accommodate its concerns in relation to mining remediation. Lawless, oxymoronic insolvency law – the mining regulators aren’t happy. | Murrays Legal Commentary

While liquidators have responsibilities to act with care and diligence in dealing with an insolvent mining or oil company, the imposition of direct or personal liabilities under strict environment protection laws is unsound, although a duty commensurate with their role, as applied in Canada, may be appropriate. Canada’s environmental laws state that an insolvency practitioner is not personally liable for any environmental harm that occurred before the practitioner’s (if that need be said) and the law goes on to set a qualified standard of care for any harm that is caused by the liquidator during any continuation of the business. Liquidators as the last in line – the Insolvency Law Bulletin | Murrays Legal Commentary

But there are cases where the liabilities are so extreme that no liquidator would consent to take such an appointment.  That seems to have been the case with British Steel, the collapse of which involved few remaining funds and large environmental and hazardous clean up responsibilities.  That led to the UK government’s Official Receiver taking the role as liquidator, a role however that we do not have in Australia.  Other comparable cases in the UK include Thomas Cook (involving the largest peace time repatriation of overseas citizens) and Carillion Constructions (which was involved in the building of many government hospitals and schools).  Major corporate collapses and the public interest – British Steel and more | Murrays Legal Commentary

Getting back to NZ, the amendments to the CMA seem to provide a clear pathway to ensuring that the industry pays for its own cleaning up.  This is consistent with increasing attention being given to the closure of coal-fired power stations and other non-renewable power facilities.

In the meantime, there is new legislation in Victoria – the Environment Protection Act 2017 which came into effect on 1 July 2021 resulting in Victoria having a “world class regulator that prevents harm to the environment and public health”. It will be interesting to see how it deals with such issues, as well as its equivalents in NSW, Queensland, WA, SA, and NT, ACT and also Tasmania.

It’s been a while

It has been a while since we were prompted to look at environment issues – see a collection here – environmental | Murrays Legal Commentary.

** photo: The FPSO Umuroa under tow after being disconnected from the Tui oil field, Darren Yaw/BWO. From www.parliament.nz.

PrevPreviousThe contributions of bankruptcy trustees to AFSA’s regulation of criminal conduct
NextWhat do creditors get from ‘successful’ recovery actions by insolvency practitioners?Next 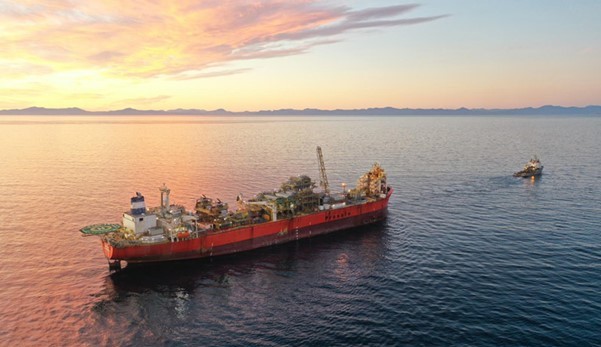