A significant English High Court decision has been given refusing to make banning orders against trustees (directors), and the CEO, of a high-profile charity – The Kids Company – that collapsed in August 2015: The Official Receiver v Atkinson & Ors [2021] EWHC 175 (Ch) (12 February 2021).  The decision has relevance in Australia, in particular as to the standards expected of charity boards, and expected of regulators in assessing board conduct.

KC was ordered to be wound up and the Official Receiver was appointed liquidator.  The OR brought proceedings claiming there was a failure to operate KC on a proper and financially sustainable basis and sought banning orders accordingly.  UK directors can be disqualified for up to 15 years if they are found to have mismanaged their company, and this often arises from the company’s insolvency and the reports of the liquidator as to the directors’ conduct.  Officers can voluntarily undertake not to act as a director for a specified time period – equivalent to ASIC’s “enforceable undertakings” – and one trustee took that course, which became the subject of adverse comment against the OR in the Judge’s conclusions.

The Court’s reasons bear close analysis, but an overview only is offered here, including of the concluding comments of the Judge – Mrs Justice Falk.

The Judge was sympathetic both to the CEO and the seven directors, saying “the public need no protection from them”; the CEO was sued as a de facto director which the Court found was not the case.  As to all of them, the Judge found that there had been no dishonesty, bad faith or personal gain on their part, nor any inappropriate expenditure, concluding that

“[m]ost charities would, I think, be delighted to have available to them individuals with the abilities and experience that the trustees in this case possess. It is vital that the actions of public bodies do not have the effect of dissuading able and experienced individuals from becoming or remaining charity trustees.”

The Charity Commission had commenced its own inquiry but put it on hold when the Official Receiver took action. Two parliamentary reports however found evidence of mismanagement.

Kids Company was a well-known charity in the UK and attracted millions of pounds in donations and grants.  A last-minute restructuring plan failed to avert the ultimate winding up, compounded by allegations of sexual abuse at the charity, later determined to be unfounded.

The OR had argued that the directors had allowed Kids Company to operate an unsustainable “demand-led” business model and a policy of “never turning a child in need away”, financed by ad hoc grants, donations and loans, without sufficient reserves in the event the money did not come through, compounded by a failure by the directors to control expenditure: [55].  However, Falk J found that the directors properly relied upon several supportive messages from the government; and KC would probably have survived had it not been for sexual assault allegations, which were made after further government assistance had been agreed in 2015.

KC had limited cash reserves to deal with its decline, and while the Court said that building up such reserves would have been “desirable”, it was not “a legal requirement”.  Many donors to KC wanted their money actively to benefit the children, whose needs were “increasing year-on-year”, rather than to be used for KC’s reserves. KC’s “decision to prioritise spending on charitable objects rather than to build reserves is one that, in my view, could reasonably be reached”: [528-540].

Some observations from the Judge

The Judge concluded with some observations to assist in future investigations and disqualification proceedings.  Similar comments have been made in relation to regulatory proceedings in Australia.

More broadly, Falk J said that the overall context needs to be borne in mind. This was not a case alleging dishonesty or want of probity, rather incompetence, with no allegation of personal gain, with the periods of disqualification sought being in the lowest of the three brackets available.

“The resources involved in bringing the proceedings (not only those of the Insolvency Service, but court resources as well), and the scale and nature of the case that the defendants had to defend, need to be carefully considered against this backdrop”.

The Judge was “struck by the lack of experience that the Official Receiver had had in relation to charities”, going into some detail for example about a charity’s reliance on donations, and being governed by wholly non-executive boards, contributing to some inappropriate assumptions being made by the OR as to what should have been done by the directors.

In fact, while the action was brought by the Official Receiver, the Charities Commission “being the regulator that has the most appropriate expertise. At the least, this might in practice reduce the risk of charity trustees being held to inappropriately different standards depending on whether the charity in question happens to be incorporated”.

The Judge went on to more or less praise the board, saying that it is “vital that the actions of public bodies do not have the effect of dissuading able and experienced individuals from becoming or remaining charity trustees”.

Whereas poorly prosecuted allegations carry a high risk of dissuading people from taking on such roles.

“The result of proceedings being brought in other than the clearest of cases is likely to be to deter many talented individuals who take the trouble to understand and appreciate the risks either from charitable trusteeship at all, or at least from all but the most wealthy, well endowed, charities which are likely to have least need of their skills”.

While the case is instructive generally from several perspectives – as to regulatory proceedings in particular and as to financial governance, whether of a commercial or charitable body – and the regulatory division in Australia between ASIC and the ACNC is similar to that of the UK, care is needed in applying the detail of the decision because of legal and regulatory differences.

While the Judge expressed a common sentiment that charities need the assistance of capable and willing people to act as directors, the standards of those people should be high, beyond simply being well-meaning without more.  Confidence in charity support can be shaken when there are governance failings and many charities gain substantial funds from the community and government, often with significant tax concessions.  Similar comments are made in the context of Australia’s insolvent trading laws dissuading directors from taking positions here

A charity in Australia is largely regulated by the ACNC, with ASIC remaining relevant to issues of corporate registration.  As ASIC explains, some reporting obligations under the Corporations Act do not apply to companies and registered bodies that are registered as charities with the ACNC. “Generally you should contact ASIC for anything relating to your corporate status and the ACNC for anything relating to your charitable status”.

The duties of directors are set out in a charities context, relevantly, Governance standard 5–Duties of responsible entities, sets out important financial standards expected of directors, in particular (f) to ensure that the registered entity’s financial affairs are managed in a responsible manner; (g) not to allow the registered entity to operate while insolvent”, that last word being defined in terms of s 95A Corporations Act.

Review of the ACNC Act

A five year review report – Strengthening for Purpose: Australian Charities and Not-for-profits Commission Legislation Review 2018 – was released only in March 2020. That review saw a “major issue in relation to red tape reduction [being] the interface between the ACNC and ASIC”.

As to directors, it commented on some potential for conflict between director’s duties under the Corporations Act and those under the ACNC Act.  It recommended that directors’ duties and other provisions ‘turned off’ under s 111L of the Corporations Act 2001 should be ‘turned on’ so as to resolve ambiguity and address other concerns raised in the course of the Review. In any event, directors of charities are still subject to common law and equitable duties.

Note that Treasury is currently seeking submissions on changes to governance standard three arising from a recommendation [no 20] of that 2018 report. Responses close on 14 March 2021. 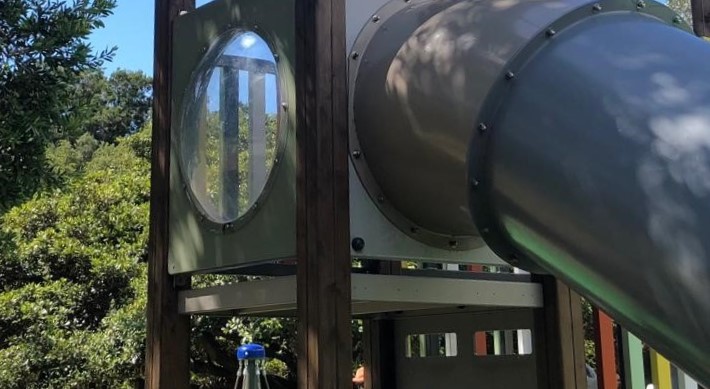