This guidance explains the key changes enacted by the Corporations Amendment (Corporate Insolvency Reforms) Act 2020 and the amendments to the Insolvency Practice Rules (Corporations) 2016.  This does not apply to bankruptcy trustees.

The guidance is relevant both to some revised requirements to become or remain registered as a liquidator; and to the introduction of what ASIC terms a “new ‘class’ of registered liquidator” who may practise only as a small business restructuring practitioner (RP) for a company or for a restructuring plan.

One particular change is that from 1 January 2021, registered liquidators can undertake their CPE through at least 120 hours during the periods of 3 years starting from the day they were registered. Of those 120 hours, at least 30 hours must be capable of being independently verified by a competent source.

Registration as a liquidator to practise only as a RP

But the main change is that from 1 January 2021, a person may apply to be registered as a liquidator to practise only as a RP for a company or for a restructuring plan.

ASIC explains how and whether these changes do or do not affect the existing guidance in RG 258, and what are some new requirements.  One is that exposure to processes under the Bankruptcy Act may now be ‘direct or indirect’, if there were ever any doubt about that[1] although, given the mix of personal and corporate liabilities in many or most SMEs, perhaps the new wording is not wise.

An RP need only be a “recognised accountant”, have demonstrated the capacity to perform satisfactorily the functions and duties of a RP, and be able to satisfy any relevant conditions imposed. Significantly, no academic qualifications or hours of experience are required; nor any legal training or knowledge.  A recognised accountant is defined as a member of either CAANZ, CPA Australia or the Institute of Public Accountants who holds a “public practi[s]ing certificate”, can use the relevant post-nominals and be subject to, and complies with, the body’s continuing professional education requirements.

ASIC’s guidance suggests that an applicant for registration as an RP should have relevant experience such as conducting business viability reviews, assessing liabilities, giving s 588GA ‘safe-harbour’ advice, preparing cashflow forecasts, developing a restructuring plan, advising on trade-ons, and other such insolvency type work.

Is the new class warranted?

The creation of this class has revealed some differences, mostly based upon the interests of the relevant parties.  Those representing existing liquidators would say that there are enough of them to attend to the anticipated numbers of insolvencies and that there should be no lessening of the experience and qualifications required.  Others see the need for not only greater numbers of personnel, but increased diversity and experience.[2] Indeed, various submissions refer to existing liquidators as ‘not being the preferred type of person’ because of their insolvency focus; that it would be “like asking a funeral director to preform lifesaving surgery”;[3] and that “liquidators are the worst choice” and that “non-accountancy disciplines are more likely to produce survival outcomes in business restructure”, referring to US experience.  Liquidators’ claimed conflicts of interest are also raised.[4]  Another says that the reforms are such that “not many liquidators will be inclined to take on the role” in any event,[5] one issue being fees, suggesting, as does another, a “race to the bottom”.[6]  Another refers to the law not lending “itself to drawing new professionals into the sector”.[7]

Discretion of the registration committees

To the extent that these are valid issues, the independent registration committees now have broader discretions in assessing applications, although the composition of the committees has not changed.  Given the broader range of persons permitted to be RPs, concern has been expressed (to me) about the perception arising from ARITA’s retention of the right to choose a liquidator to sit on registration committees. RPs would not be eligible for ARITA membership; although they would qualify for the AIIP. ARITA’s right dates from a time when the then IPA was the only industry body for insolvency practitioners; and ARITA’s opposition to the new class – based on reasoned arguments – is now another factor.  Another approach might have been considered, in particular if ARITA were to continue to choose only its own members for the registration committees.

Nevertheless, each member of the interview committee has clear statutory duties[8] and it must be assumed these will be performed properly.

Another aspect to note is that as RPs are still ‘registered liquidators’, they are subject to statutory regulation by CAANZ, CPA and IPA, and ARITA and others, under the Corporations Act, in addition to any regulation by their respective industry body.

And while some offence reporting requirements might be reduced under the new law, RPs, as professional accountants, have obligations under APES 110 to attend to and if necessary report unlawful conduct.

Other submissions refer to the logistics of convening 3 member committees from what has been described as a limited pool, and hearing the applications, and giving decisions in writing – a process for which the law allows some period of time, for example, 45 business days to make a decision.[9]

ASIC did well to issue this guidance in time, albeit with only one clear business day.

In the end the main issue is the application and utility of the law itself, as to which there is much comment, and criticism.  I have before quoted eminent insolvency authority that should the unhappy choice be between good insolvency laws or good insolvency professionals, the latter is to be preferred.[10]

But with the government having rejected the idea of any statutory review of the operation of the new law – the ‘most significant reforms to Australia’s insolvency framework in 30 years’, we are told – we may not be much the wiser as to either.

[2] All submissions are now at www.treasury.gov.au 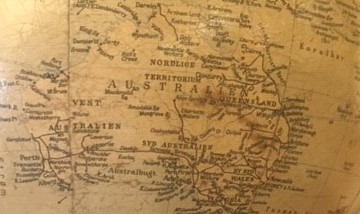