How is Australia’s safe harbour from insolvent trading working? some survey results

An article by Professor Ian Ramsay and Associate Professor Stacey Steele has just been published reporting on survey responses of ARITA members about the Australian s 588GA safe harbour regime. Section 588GA offers directors protection from personal liability for s 588G insolvent trading. The survey was taken at around the two-year anniversary of the introduction of safe harbour protection, as the article says, at the time a statutory review of the section was required, under s 588HA.

That has not yet occurred and as the authors point out, while there has been much comment about the safe harbour reforms, no empirical research has yet been undertaken. They properly see their survey as “starting to fill this gap in the literature”.

The detail of the survey responses and the authors’ analysis of them is most valuable.

These are the key findings listed at the end of the article:

While the survey had a wide coverage and a good response rate, it was confined to ARITA members although those members may also be members of other relevant bodies such as the Turnaround Management Association, AICD and other relevant groups.

TMA members would have been a worthy group to also survey. It particular point 2 above is interesting, that there is a much higher percentage of unsuccessful company restructures where there is an external administration following the safe harbour period. The authors suggest that this finding supports the focus of the reform on facilitating company restructures outside of a formal insolvency process. It may also signify the inadequacies of Part 5.3A of Australia’s Corporations Act 2001.

That indicator as to how the law is working may be more within the focus of TMA. In earlier calling for a “broad ranging review of our restructuring law regime”, including safe harbour, the TMA also said that such a review

“should not turn only to Insolvency Practitioners and lawyers.  Those at the heart of turnaround (our TMA membership) should be involved in a wholistic review”.

In that respect, a liquidator might define success by a DOCA having been completed, without knowing, or inquiring, the longer-term outcome. A TMA member might see an external administration as a failure, however valuable the outcome for the company might be.

The findings in point 5, in particular those that suggest only liquidators should be authorised as safe harbour advisers, are evidence of different views in approach and relevant expertise.

As to ARITA liquidator members’ limited experiences, in point 1, it appears to have been too early for any reports of a liquidation that has been preceded by a [failed] safe harbour effort.  The scenario there would be an assessment by the liquidator whether the directors had taken all the steps necessary etc to protect themselves, in terms of s 588GA, and whether the carve out in their favour assisted; and perhaps to then cause the liquidator to think twice before taking any 588G proceedings.

Lack of documentation, point 7, such as that found in TMA’s safe harbour checklist, will go against any director later sued by a liquidator under s 588G; though the carve out, rather than the higher defence threshold, may still save the undocumented director.

As to smaller enterprises, point 3, there is some consensus that Part 5.3A is too expensive and ill-suited to SMEs, given the structure of their operations and the loss of director control involved, among other factors. There may also be the reality that the extent of wage and tax non-compliance of SMEs automatically excludes them from access to safe harbour protection, a factor referred to by the survey respondents.

The independent review of the safe harbour reforms has not yet been announced. The subsequent impact of COVID-19 and the introduction of another but temporary safe harbour protection under s 588GAAA may both complicate and further delay any review.

This article offers very useful insights into safe harbour in the meantime, insights which are sufficiently sourced and explained to provide immediate guidance in how s 588GA might be better applied and used; and insights which should assist in framing the scope and structure of the statutory review when its time arrives. 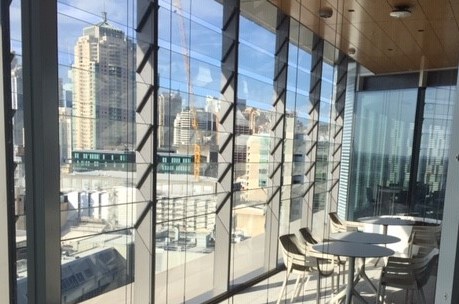