Lawyers as directors of insolvency companies – restrictions on right to practise

Queensland lawyers who are directors of an insolvent company or an incorporated legal practice may have their right to practise challenged.

Most lawyers in Australia are regulated under the Legal Profession Uniform Law scheme, with consistent rules and policies applied to all lawyers within the scheme.

Queensland, a state, which presently has its borders closed to other Australians, regulates its own lawyers, and differently, under the Legal Profession Act 2007 (Qld) (LPA).

Section 46 now provides that the regulator may take into account whether a person is fit and proper enough to have a local (that is, only Queensland) practising certificate, having regard to

Section 113 provides for the eligibility of a corporation to be an incorporated legal practice. It must have at least one legal practitioner director: s 117.

Some will debate the need for that change. Suffice to say that the change does not impact the majority of Australian lawyers regulated under the Legal Profession Uniform Law scheme.

Laws for the relief of bankrupt or insolvent debtors …

Apart from that debate, one aspect of the change was to update the term for a company in insolvency to a “Chapter 5 body corporate”: s 9 Corporations Act.

The Queensland parliament might have also updated the LPA’s antique references to personal insolvency, where an “insolvent under administration” means (despite s 9 Corporations Act), apart from being an undischarged bankrupt etc, persons who have executed a deed of arrangement or whose creditors have accepted a composition.

Those outside Queensland will know that deeds of arrangement and compositions were removed from the Bankruptcy Act over 15 years ago, but you can’t be too careful lest a lawyer subject to one still be lurking.

Likewise, a “show cause event” for a lawyer under the LPA includes

“applying to take the benefit of any law for the relief of bankrupt or insolvent debtors, compounding with his or her creditors or making an assignment of his or her remuneration for their benefit”,

terms applied consistently in Queensland law since its Main Roads Act of 1920 and before.

Consistency in legislative drafting is important.

The show cause event also includes the person being a legal practitioner director of an incorporated legal practice, or being a director of a corporation, either of which becomes a “chapter” 5 body corporate.

There are similar laws imposing restrictions on directors of insolvent companies in Queensland in relation to building licences, with new restrictions imposed on other groups, apart from lawyers, by the Justice and Other Legislation Amendment Act 2020.

PrevPreviousLeave to proceed against a bankrupt; but with questions about the legal representation
NextIs the Australian insolvency system insolvent?Next 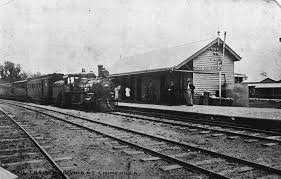