Re-naming rights of the bankruptcy regulator

“When I use a word, it means just what I choose it to mean—neither more nor less”.[1]

Bankruptcy law allows the regulator to rename unclear or inconvenient legal words in the Act, or to add requirements not required by the law.

The ‘declaration of intention to present a debtor’s petition’ under s 54A of the Bankruptcy Act has been re-named by AFSA as a ‘temporary debt protection’ ‘form’ – a TPD.

One has to apply to AFSA for a copy of the form. Only then, is the legal source of a TDP shown – s 54A – which under the recent COVID-19 changes, serves to stay creditor claims for 6 months.

Given that s 54A requires the declaration of intent to be in the “approved form”, the IGB has approved a form which is now called “temporary debt protection”.

This power extends beyond re-naming. Section 20-5 of Schedule 2[3] requires an applicant to be registered as a trustee to lodge an application with the Inspector-General in the approved form. The IGB has decided that the form require the applicant to include information not stated in the Act, Schedule or Rules; for example, referee reports.

This authority of the Inspector-General is in the nature of delegated legislation, although not subject to parliamentary scrutiny. It does make sense that there be flexibility in statutory forms – there are over 40 references to “approved forms” in bankruptcy law, including the statement of affairs and the consent to act as trustee – and there is no evident concern that the delegation is not being exercised responsibly and in accord with the law.

But there could be a situation where, for example, AFSA requires a report from trustees in the approved form that AFSA decides should include all and sundry and more, for statistical or other purposes, at the excessive expense of the trustee and the creditors. Delegated authority has its limits.

ASIC also has this authority, under s 100-6 Corporations Schedule.

Getting back to s 54A, the declaration of intention to present a debtor’s petition was a poor and in fact misleading misnomer to start with – the debtor does not need to have any such intent – and the descriptive renaming by AFSA has remedied that. But half-way through the process, any debtor or adviser who comes across the reference to s 54A might only then find what the debtor is signing up to.

[1] Humpty Dumpty to Alice in Through the Looking-Glass, and What Alice Found There, Lewis Carroll. 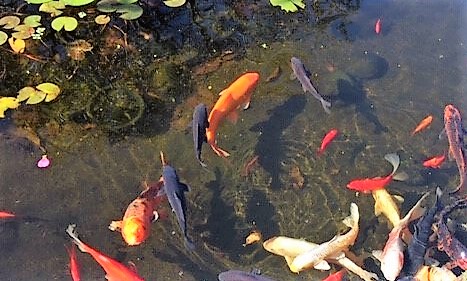