Chief Justice James Allsop of the Federal Court of Australia has written, both in his judgments and extra-judicially,[1] of the fundamental importance of personal bankruptcy law in our legal system, and as to the ‘human consequences that attend the change of status and the change of lives of people who are made bankrupt’.[2]

That importance was again emphasized by the Chief Justice in a long running bankruptcy matter between two legal practitioners where the courts had made errors along the way in misunderstanding the processes of review of a registrar’s decision in making a sequestration order: Bechara v Bates (No 2) [2020] FCA 659.

The sequestration order was made by a registrar of the Federal Court against Ms Bechara on 5 July 2016. It was the process of her applications for review of that decision that Allsop CJ found to be in error.

As the Chief Justice explained, the essential point is that under Australian law, the making of a sequestration order involves the exercise of the judicial power of the Commonwealth. Under the Constitution, that power cannot be exercised otherwise than by a judge. Registrars may be and are delegated to exercise that power but only if their powers and functions are subject to review by a judge on questions of both fact and law.

That review of the exercise of the power by the registrar must be by way of a hearing de novo for the delegation to be valid: Harris v Caladine (1991) 172 CLR 84 at 95. That requires a complete rehearing of the facts and the law as they exist when the judge reviews the order made by the registrar; the creditor is the applicant, not the bankrupt.

Hence, it is not sufficient, as had occurred in this case, for a reviewing judge to be satisfied that the registrar made no error and simply to dismiss the bankrupt’s application for review. The judge must hear the bankruptcy petition afresh and must be satisfied as to the matters referred to in s 52 of the Bankruptcy Act, and exercise afresh the discretions conferred by s 52(2).

That hearing afresh had never occurred.

A simple point but one ‘fundamentally important’

Allsop CJ described the point as a ‘simple one’ but one ‘fundamentally important’ about bankruptcy practice in the courts.

‘The sequestration of a party is a fundamental change of status. It is an exercise of judicial power. … [this] matter raises important questions as to not only the conduct of the parties to their litigation, being litigation which is not just private litigation, given the public nature and importance of the law of bankruptcy, but also the approach that three courts have taken to the dealing with this matter’.

Allsop CJ suggested to the parties various ways to deal with this outcome, as to which the matter was adjourned.

PrevPreviousPreferences paid by company under a DOCA – based upon a reading of the section
NextWho is an employee, and who is the employer? Common questions in insolvency administrationsNext 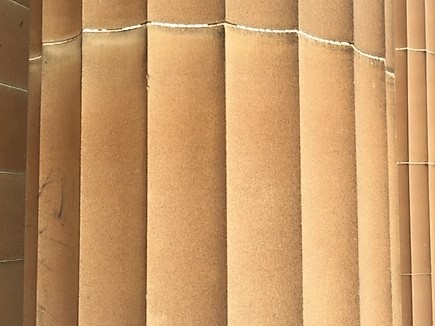