Insolvency practitioners’ (IP) remuneration for the work performed in administering an insolvent estate attracts public attention, much of which is too narrowly focused to provide a fair analysis of the issues involved.

A thoughtful article has just been published in the UK, by Dr John Wood of Lancashire Law School, on which I offer these comments.[1]

Dr Wood’s article in essence examines the need for the law to constrain what he terms the ‘opportunistic behaviour’ of IPs in particular in the way they ‘manipulate’ insolvency law to serve their own commercial ends.

The reference to IPs’ opportunism may be valid but only if such behaviour is recognised as an inherent element of many other professionals and service providers, and of humankind itself. However much each of us think that we will conduct ourselves without influence of external benefits depending on which course we take, there is enough behavioural study to say that we will nevertheless be influenced. The law acknowledges that in relation to conflicts of interest, going beyond perception to the reality of the human psyche.[2]

There are many counters to opportunism, in all human dealings, including in professional services and in insolvency. To single out IPs without putting this broader context is unfair.

But there is the issue that IPs are not like other professionals, who typically have clients or patients, who can exercise control over, for example, a lawyer’s or a doctor’s ‘opportunistic’ advice. With no direct client, an IP has greater freedom to be influenced by self-interest.

One factor in insolvency to counter this is that while there is not one client of an IP, there may be 100 creditors, who unlike a client, must approve how or whether the IP is paid. There is the question of asymmetry of authority, which the law seeks to address, although I would question the need for that, on moral hazard grounds among others.

Nevertheless, there is the real issue which Dr Wood identifies, that an IP takes on a role with much commercial and business discretion given by the law, and limited court oversight.[3]

While a lawyer is bound by a client’s instructions, an IP is given far more latitude. It could hardly be otherwise, in particular with the 21st century focus on the IP using their skills to work on maximising value in a struggling business and restoring its fortunes. That the remuneration is high may only show the realities of the cost of running a business, with the added layer of full compliance with tax and other legal requirements (with many an insolvent business neglecting to pay these liabilities), and the cost of the IP’s legitimate right to put in extra protections from personal liability which the law imposes.

To say that it is opportunistic to decide to maintain a business as a going concern in order to be able to bill more fees is the equivalent of a lawyer recommending litigation instead of a good settlement; or a dentist recommending unnecessary major dental work. There are many parallel issues in all aspects of professional work, as there are in trades.

What constrains each of us – across a spectrum – is a sense of integrity, professionalism, fairness, and ethics, and peer conduct and review – without going too deep into the human psyche – often maintained by training and guidance of professional or trade bodies. It is usually a business advantage to provide clients good service, in a free market. A nation’s business culture of compliance and commercial trust will also be influential, always subject to those on the edges.

In any event, the nature of insolvency litigation is often that commercial discretions are often challenged, pleaded on legal bases, for example in relation to receivers’ duties to obtain a good price, or administrators’ recommendations for a particular course of action. The courts often meticulously assess an IP’s conduct, and their remuneration.

Other peculiar issues in insolvency in fact support the level of fees charged.

First and foremost, insolvency is quite unique in that, as R3 has well said, what other profession is expected to work for free, perhaps out of some cultural class expectation dating from the 19th century, relying on the opaque ‘swings and roundabouts’ of getting paid. The law, in Australia at least, requires the IP to continue to administer an estate whether funds are available or not, in particular in relation to the public interest duties of an IP to investigate and report.[4]

Then there is the issue that personal liability is imposed under the law, in Australia as a foundation of the voluntary administration regime, in respect of liabilities incurred in continuing to trade. Litigation by and against IPs is common.

There is also, in Australia, the excessive process and regulatory requirements imposed by the law, with little IT or regulatory support provided by government. Much of the legal structure, and the legal language of process, still dates back to the 19th century. Email and website communications are not the legal norm; in the case of email, only of the recipient first agrees, not unlike the early laws in respect of motor cars, that they be preceded by a person on foot with a red flag.

When fees are examined, the cost of compliance with these process requirements need to be considered.

Some particular comments of Dr Wood call for response.

It remains a ‘concern’, he writes, ‘that the discretion aﬀorded to IPs leaves them with the scope to readily justify their decisions on commercial grounds’, which, given the nature of the commercial entity with which IPs are dealing, would be understandable.

That ‘creditors can now be bypassed with the deemed consent approach’, referring to what we call ‘virtual meetings’, may refer only to the continued indifference of creditors to their losses. In referring to calls to “further regulate the industry”, Dr Wood expands the concern to issues of “assumed objectivity, competence and independence of the IP”.

Dr Wood says further that, in the UK

‘the regulation of IPs has become much more complex but it has not entirely eradicated behaviour associated with claiming excessive fees, nor has it prevented breaches that concern other regulatory issues’.

It is enough to say that Dr Wood places a very high expectation of the impact of the law, generally, to have it ‘entirely’ eradicate poor behaviour, whether that be by lawyers, doctors, market participants, or taxpayers. To raise it as an issue for IPs alone is unfair.

“the use of discretion has allowed IPs to manipulate the law for their own purposes, and this practice has found itself embedded in the modern insolvency industry”.

To speak of the use of the flexibility of the administration procedure are a means of manipulating the law for their own purposes is rather dramatic, so much so that my response is left hanging.

Dr Wood refers to self-regulation, which might in fact be co-regulation, given the extent to which IPs are subject to court and regulator review. This is a regime well supported in the literature, although not without question in relation to particular industries.

While space does not allow me to fully address the role of creditors, the reality is that creditors are given a significant role if they want it, certainly in Australia following its 2017 reforms. Australian creditors can now request information, replace a liquidator, seek the court appointment of a reviewing liquidator, and more.

A reality about creditors is that, on average, they receive very little from a liquidation, or an administration, at least by way of a dividend return. Over 95% of corporate insolvencies produce no dividend to unsecured creditors. The numbers are that whether the liquidator’s fees are $50,000 or $80,000, the difference to an individual creditor will be minimal, if at all. While this is not an answer to high fees, creditors’ ‘concerns’ may in fact come from an unrealistic expectation as to what financial recoupment liquidation can provide.

And legal process is expensive, with litigation invariably involved. Insolvency law raises factually and legal difficult concepts – reasonable suspicion, interests of creditors, good faith, reasonable steps – with each presenting a threshold to be met and defended. Reliance on ‘safe harbour’ requires an assessment whether the director took a course of action that was reasonably likely to lead to a better outcome for the company, according to a series of statutory criteria. Court approval and directions are often needed.

The costs of justice for creditors

A final point is that the pursuit of justice costs money. Just as a creditor will need to pay a lawyer to recover its debt, so do will creditors, collectively, need to pay a liquidator to do the same. Insolvency administration is labour intensive, constrained by the often-parlous state of the insolvent, lack of information and co-operation, and invariably novel in what can be a wide range of businesses, each operating in its own legal and commercial environment.

Unfortunately, the true costs of the administration of the insolvency system in Australia are not known.

Some limited data in Australia in personal insolvency shows that IPs fees comprise about 25% of realisations. That does not mean creditors receive 75% – bankruptcy creditors receive about 1c in the dollar, with other realisations going to secured creditors, lawyers and other advisers, and government fees.

While the government has required the corporate regulator, ASIC, to quantify and recoup its claimed costs of regulation of IPs- in the several millions of dollars – no effort is made to quantify even broadly the costs of the administration of the insolvency regime. Admittedly, one factor preventing that is the largely unquantified costs of ‘free’ work offered by IPs, even if recouped indirectly through charge out rates and the old swings and roundabouts. The real inquiry should be what time IPs spend on their estates, and assuming fair and reasonable, comparing that with what time costs they actually recover.

None of this is to be seen as a case of special pleading for IPs. There is inevitably a proportion of IPs that is opportunistic, as there are in other professions. My point is to put their position in a broader context, and in the particular peculiar legal roles they occupy.

[3] This is said to be a product of the 19th century ascendancy of accountants as IPs, over lawyers; in contrast, in the US, where IPs are lawyers, the discretion of IPs is subject to close court oversight. 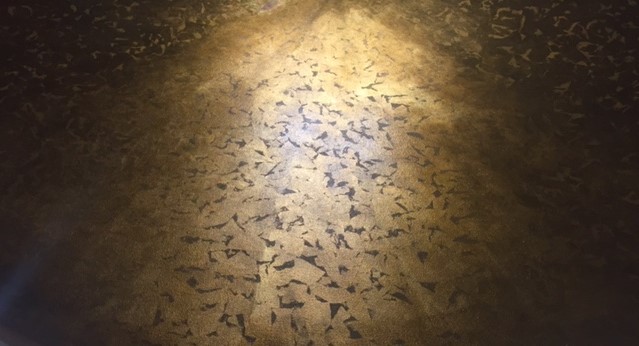