Too poor to be made bankrupt?

Most bankruptcies pay nothing to unsecured creditors. But there are only limited circumstances where a debtor can resist bankruptcy by claiming that they have nothing.

Creditors that do petition the court to make a person bankrupt may often have some particular focus on assets transferred or undisclosed; but even then, that creditor has to share pari passu with all other creditors. Other creditors will bring their petition simply to clear their books of the debt owed.

A debtor has limited bases to defend a creditor’s bankruptcy petition if the debt is owed and unpaid. Although the court has an ultimate discretion not to make someone bankrupt, this is rarely exercised in the debtor’s favour. As an English judge said, a person may be too poor to be made bankrupt, but the burden of proving that is heavy.

But a recent English High Court decision has set aside a bankruptcy order against a woman who had no assets, or income, and no prospect of either; she lived with and was supported by her daughter. The creditor, the local council, was owed £8,067 in unpaid council tax.

In the case of a public authority, that is, government, the Judge thought that it had an onus, when petitioning for a debtor’s bankruptcy, to at least raise a prima facie case that a bankruptcy order would achieve some useful purpose.

Courts in Australia have taken the same view, in limited cases, although the particular responsibility of a government creditor has not been raised. An Australian court has rejected a claim by a member of a religious order that, as he had taken a vow of poverty, bankruptcy would serve no purpose.

On the other hand, a New Zealand judge refused to make a bankruptcy order because the debtor’s insolvency arose from poor government economic policies.

Generally through, a creditor with an unpaid debt and who otherwise meets the statutory requirements is said to be entitled to have a sequestration order made against the debtor’s estate.

Perhaps that right of a creditor is too generous? Having made the debtor bankrupt, that creditor then has no obligation to fund or assist in any investigations by the trustee. 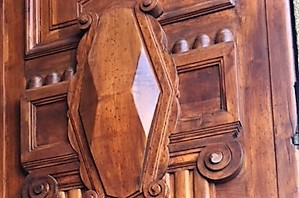