Liquidator conduct appeals – how long should they take?

The hearing of a challenge before the Administrative Appeals Tribunal of a Companies Auditors and Liquidators Disciplinary Board, (now CADB), decision of 11 May 2016 to cancel a liquidator’s registration continued this week before AAT Deputy President Mr Brian Rayment QC.

A Murrays Legal report on the 2016 CALDB decision, and its criticisms of ASIC’s conduct, were made at the time – Concerns about liquidator misconduct hearings – no lawyer’s quibble.

A stay of the order cancelling Mr Joubert’s registration was granted by the AAT, on conditions, on 21 July 2016. Such stays are valid given the severe impact that an immediate cancellation of a right to practise can have, and when a valid appeal is being pursued.

Nevertheless, on 27 July 2016, ARITA gave notice of its “immediate and indefinite” “discretionary suspension” of Mr Joubert’s membership, pending the AAT outcome. The exercise of that discretion continues. However ARITA membership is not required to practise as a liquidator or trustee.

The hearing in the AAT is ‘de novo’, that is, the Tribunal hears the evidence and submissions afresh. The deficiencies in ASIC’s case before the CALDB, which were the subject of severe criticism, may well be remedied in the case before the AAT.

These matters, although impacting a person’s livelihood and reputation, take time to be determined.

In another conduct matter, an appeal decision in respect of a liquidator’s challenge to adverse findings against him in 2014 is still yet to be delivered.  The findings were made by the South Australian Supreme Court in 2014 in Viscariello v Macks [2014] SASC 189. Mr Macks’ ARITA membership still remains the subject of an “immediate and indefinite” “discretionary suspension”, pending the appeal decision.

A purpose of the new committee based discipline process introduced by the Insolvency Law Reform Act 2016 is to provide quicker outcomes, in particular where a person’s livelihood is at stake. That contemplates matters being brought before a committee that are appropriate in terms of legal and factual complexity, and the nature of outcomes sought.

There is a government policy expectation that more legally complex matters that were typically brought by ASIC in the past before the former CALDB will instead be taken to court; for example, under s 45-1 IPS – as to whether the liquidator has ‘faithfully’ performed their duties, etc. 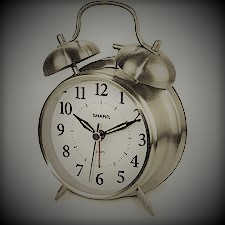