Many will remember the Corporations and Markets Advisory Committee (CAMAC), and its predecessor CASAC.

CAMAC produced many law reform reports over time at the request of the government.

It is finally being abolished by the Statute Update (Smaller Government) Bill 2017.

Only a few were ever accepted and actioned, although CAMAC reports remain regularly cited.  One that was largely ignored was that concerning long-tail liabilities involving asbestos victims, the law still be unsatisfactory in that area.

CAMAC was effectively disbanded in 2014.  The decision made was that government departments were well able to deal with the sort of law reforms that CAMAC investigated.

At that time, CAMAC was in the midst of a review of the company AGM and shareholder engagement, and a review of further issues in relation to managed investment schemes. It had just issued a report on crowd sourced equity funding.

The “smaller government” approach takes a view, here, that government departments are well able to deal with the sort of law reforms that CAMAC investigated.

Under the Bill, ASIC’s policy and law reform role is now restated, if not enhanced, in new subsection 11(3) of the ASIC Act which brings over CAMAC’s list of functions from s 148.

(3)       ASIC may, on its own initiative or when requested by the Minister, advise the Minister, and make to the Minister such recommendations as it thinks fit, about any matter connected with:

(b) the operation or administration of the corporations legislation (other than the excluded provisions); or

(c) law reform in relation to the corporations legislation (other than the excluded provisions); or

(d) companies or a segment of the financial products and financial services industry; or

(e) a proposal for improving the efficiency of the financial markets.

The ‘excluded provisions’ are s 12A (concerning non-corporations laws), and Div 2 of Part 2 (consumer protection in financial services etc).

For certainty, s 261 will say that the Corporations and Markets Advisory Committee (CAMAC) ceased to exist on the commencement of Schedule 7 to the Statute Update (Smaller Government) Act 2017.

The role of CAMAC in corporate law reform is now with ASIC, and Treasury. While ASIC has considerable experience and expertise, it may not be perceived as independent, for example in relation to issues about an expansion of its powers, or about its funding.  As ASIC knows, perceived independence is important.

And in line with the need for smaller government, Treasury would not be increasing its internal expertise to compensate.

The place of independent academic commentary, upon whose pro bono efforts the government relies heavily, is important; independent industry comment, and judicial comment, as well.

There remains a variety of ways these are offered – on a person’s sole initiative, or on government invitation. The government adopts a common process of offering a discussion paper, or draft law, and inviting submissions, and many are made, including by concerned individuals.  Or government makes ad hoc appointments to an expert panel, for example in relation to the creation of AFCA.

Whoever offers the ideas, and in particular if they are at the request of government, they should be pursued, or good reason given not to.  Submissions and ideas may not be accepted by government, but faith in the law reform process can dissolve when well-presented submissions are ignored without explanation. 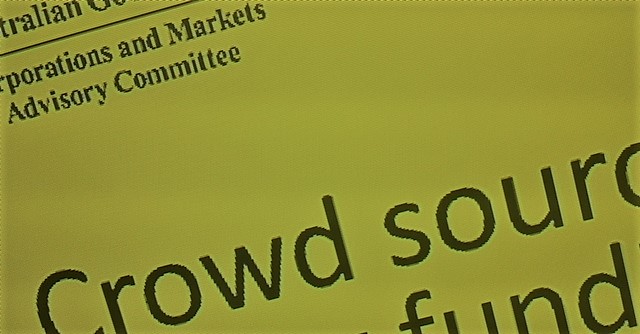