Regulator reports on the high standards of insolvency practitioners, but …

The final report of the year 2016 on the standards and performance of the insolvency profession is rather impressive.

That is, in the context of assets and funds recovery of $570 million, only one complaint about that process was justified. There were two justified complaints about trustees’ fees.

As a slight digression, bankruptcy assets can involve complex and legally difficult issues, and a range of different assets, and involve difficult defences and counter-allegations.

A trustee was found to be in error in one case, disposing of what appeared to be accumulated detritus of a bankrupt’s life in various properties some of which had been ransacked. It turned out that the detritus meant something to the bankrupt, and had value, and regulation 16.03 required the trustee to conduct an inventory – “the fact that premises may be filled with considerable amounts of what may accurately be described as “rubbish” does not give a trustee licence to fail to prepare an inventory of personal property that potentially may have some value”: Hacker v Weston [2015] FCA 363.

In AFSA’s reviews of trustees’ files over the year, only one file involved a ‘very serious’ error.

Over 60% of offences referred for prosecution by trustees were accepted for further investigation by AFSA.

Infringement notices issued by AFSA against trustees for late filing etc totalled 13, for the year.

So what is this heavy regulation imposed by the new law all about?

We should consider this latest regulator report on insolvency practitioners when we are reading up on the new law, some of which is commencing on 1 March 2017.

The new law imposes extra regulation on trustees and liquidators to the point of being prescriptive ‘red tape’.

Division 42 of the Insolvency Practice Rules (Bankruptcy) 2016 requires trustees to conduct asset searches and if these reveal the bankrupt may not have been open about their assets, to make “further inquiries”.

Trustees are told not to hold meetings if they are not needed but if they are the trustee “must consider” the legal requirements for meetings, that is, the law.

Under the new law, non-compliance with these requirements, and many others, can be a ground for termination of a trustee’s registration.

The new Schedule 2 to the Bankruptcy Act is the same.

For example, it seems that the Inspector-General has had difficulty in having trustees respond to creditors’ requests for information, and indeed her requests.

What does it take to be a trustee, or liquidator?

Under the new laws, to be qualified as a bankruptcy trustee one needs to have tertiary qualifications in commercial law, accounting and insolvency, with at least 4000 hours (3 years) of relevant employment at a senior level, working closely with a registered trustee, being directly involved in planning and managing the insolvency – preparing reports, instructing lawyers, and supervising staff, and undertaking at least 40 hours of on-going training each year.

For a trustee of 8,000 hours or more experience, do we really need to legislatively require them how to open a creditors’ meeting? or to conduct asset searches?

And those registered as trustees are often also registered as liquidators, with a separate 4000 hours etc criteria for registration.

But while this new law is meant to harmonise the law and processes between company liquidators and bankruptcy trustees, many of these requirements are imposed only on trustees, or only on liquidators; for example, how to open a meeting.

There is then is a danger that a practitioner, who is a trustee and also a liquidator, may open a meeting of corporate creditors and introduce himself or herself without any legal authority.

The Senate has established another red tape committee to which this insolvency law reform might well be referred.

How this all happened will be discussed in the new year. 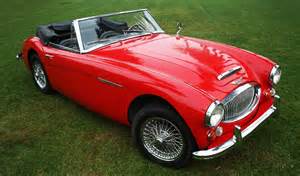