Launch of Keay’s Insolvency 9th ed, and a call for law reform

A call for a major overhaul of our insolvency laws was made by Michael Murray and Associate Professor Jason Harris at recent launch of the 2106 edition of their book, Keay’s Insolvency, before an elite audience of judges, academics, lawyers and insolvency practitioners. The launch was appropriately hosted by the prominent insolvency firm, Ferrier Hodgson. 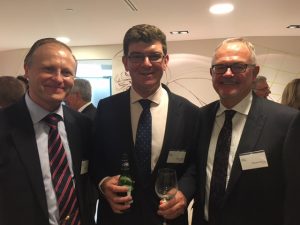 Keay’s Insolvency has been the standard insolvency textbook in Australia for over 30 years. The book covers major changes brought into the law this year, many of which the authors claim are reactive and populist.

Indeed, the authors’ main focus was to promote the need for a major re-think of our insolvency laws, which they say are out of step with the fast changing business world of this century. They criticised the on-going government focus on ‘the last crisis’ resulting in mere reactive legislative tinkering, of which many of the 2016 changes are an example.

The book was launched by the President of INSOL International, PPB Advisory’s Mark Robinson, who also supported the need for reform in order to meet the consequences of what he described as Australia’s 3D Wall – lower external Demand, price Disinflation, and high private Debt, all of which have the potential to lead to on-going business collapses.  He supported the government’s recent announcement of innovation reforms to insolvency, giving greater flexibility for corporate restructuring, but agreed with Murray and Harris that a wider review was necessary. 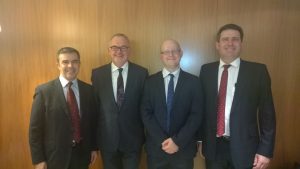 Robinson speaks with some authority, as a highly experienced liquidator and restructuring professional, who has handled many of the major corporate collapses in recent times, as well as significant bankruptcies.  His INSOL brief extends world-wide to the EU, the US, and India, China and Africa, which are pursuing reforms for a more constructive and less penal approach to unpaid debt in the interests of promoting business entrepreneurialism and initiative.  Australia’s government has only recently caught on to this international trend but has the task of trying to counter Australia’s well documented cultural suspicion of corporate failure, and of the insolvency practitioners appointed to sort out the mess.

Professor Harris himself has been a recent informed commentator on Arrium, Queensland Nickel and other major corporate failures. 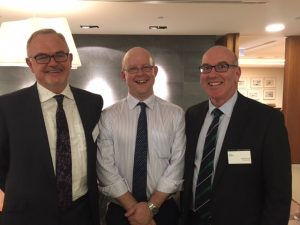 On law reform itself, the authors spoke to a thought provoking concluding chapter in their book that questions the ‘expectation gap’ in insolvency – what the community, and politicians, expect insolvency to achieve and what it can achieve, in reality. These high expectations are limited by the complexity of our laws, poor corporate business culture, and a failure to acknowledge the delicate balance needed between the costs of trying to meet those expectations from limited funds, funds which creditors often unrealistically consider are all theirs.

As Murray has written, the fact that upwards of 25 government law reform reports on insolvency and related issues languish on government files, unactioned, does not deter populists from making unrealistic and uninformed criticisms of the regime.

Murray and Harris recommend a major review not only of insolvency law itself but how it fits into the economy’s and society’s broader needs, and based on law, accounting and economics and embracing and harnessing the increasing benefits, and challenges of technology. They suggest that the review could start with an assessment of all those law reform reports already completed and recommendations made.

PrevPreviousPrepping For Client Work And Meetings
NextOur insolvency law reform – will it all end in tears?Next 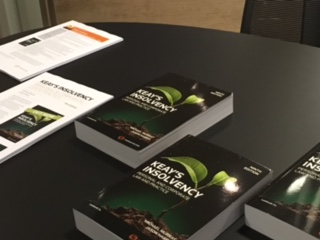