Liquidators: “… no obligation to conduct any investigations beyond the bare minimum …”

It has been said of liquidators that in no other profession is a highly qualified professional expected to work for free, referring to the fact that an obligation remains with a liquidator to investigate the insolvent company and report to ASIC on any misconduct even if there are no company funds to allow the liquidator […]

Credit and financial services targeting those at risk of financial hardship

The Senate Standing Committees on Economics has recommended that the Financial Services Royal Commission be given an extension of time and extended terms of reference: see its report of 15 November 2018 – Consumer protection in the banking, insurance and financial sector. It has also noted that certain matters, including those concerning insolvency practitioners and […]

Judicial responsibility for a company’s collapse, and other ‘guns to the head’.

Judges make important decisions about the legal rights of parties in dispute.  If the private parties agree, orders by consent will invariably be made as a matter of course.  Where broader issues exist, beyond the particular rights of the parties, or the court is put upon to make consent orders without time to consider the […]

Some cross-border insolvency items from Australia and England

Two cross-border insolvency papers from Australian Judges; a scheme judgment from the UK, with the Judge criticising the parties, saying the court is not merely to be a rubber stamp ‘at the end of a restructuring which has been under discussion for over a year’; and a brief reminder of UNCITRAL’s Working Group V – […]

This is the third and final event in the Academy’s Access to Justice series for 2018, being held on Tuesday 27 November 5pm-6.30pm in Sydney.  Whereas the second one focussed on overcoming financial barriers, this debate will be on overcoming non-financial barriers. Those barriers are various and numerous: difficulties associated with language, culture, age, geographical […]

English law’s latest proposed reforms in relation to abuse of its tax laws through insolvency, including through ‘phoenixism’, seem to show its regime as less advanced than that of Australia. On the other hand, Australia’s large accumulated unpaid collectable tax debt of A$23.7b, plus A$7b ‘insolvency debt’, may not show our system working that well.  […]

The Ministers for Consumer Affairs of Australia and New Zealand recently met, on 26 October 2018 in Melbourne, making a range of significant decisions  about consumer protection issues. Three matters in particular were, auction warranties, debt management advisers and gift cards. Exemption from consumer protection laws for goods sold by auction  The Ministers agreed to […]

The law reform process of going through a piece of legislation and picking up minor errors is useful and necessary but can be unwise.  What may appear to be a minor change can have unintended consequences, or the change should properly be looked at more comprehensively. A series of miscellaneous amendments are in this Bill, […] 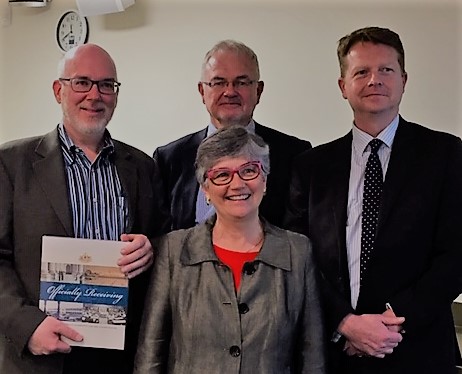 ASIC has released its new Report On Company Activities and Property (ROCAP), said to have been the result of an ‘extensive revision process and industry consultation conducted through an external consultant’.  This is the report as to company’s affairs referred to in s 475 of the Corporations Act, and other sections, required of company directors. […]

Under s 136(1)(ca) of the ASIC Act, ASIC is required to report in its annual report on its activities under Chapter 5 and Schedule 2 of the Corporations Act, and the exercise of its information gathering powers, among other activities. Although not designated under s 136, here are some insolvency comments and figures from ASIC’s […]

This UK government consultation concerns new arrangements proposed for a 60 day ‘breathing space’ for struggling debtors, and for a separate statutory ‘debt repayment plan’. The proposals focus on debtors not covered by existing bankruptcy and other alternative arrangements in the UK.  Debtors must take advice from registered debt advisers, with insolvency practitioners not necessarily […]

The elephant in the room of SMEs

It now seems that an old elephant in the room – about the misconduct of banks and financial institutions – has been revealed by the Hayne Royal Commission. Bleak as my comment may be, I suspect that if a Hayne were to inquire into many areas of business in Australia he would find the same […]

UK Crown priority in insolvencies to be restored 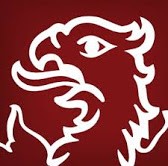 The UK government has announced in its 2018 budget that priority dividend payments will be made to the revenue for certain unpaid taxes of a company in insolvency – including VAT and PAYE. This will apply from 6 April 2020. The announcement rather cutely states that these taxes “do not always get paid if the […]

The Corporations and Markets Advisory Committee (CAMAC) was a corporate law reform body comprising individuals eminent in that field.  It was created in 1983 and belatedly abolished in 2018,[1] although it had not operated since 2014.  The reasons for its abolition were to do with ‘smaller government’. Professor Ian Ramsay, a former long-term member of […]

‘Criminal Law fit for a continent? I don’t think so’.

The Australian Academy of Law is presenting this session hosted by Curtin University Law School on 8 November 2018 in Perth, at 5.30pm, presented by Professor Paul Fairall. As he explains, ‘Australia has a population of 24m with 9 distinct State or Territory criminal law jurisdictions and a rapidly expanding body of federal criminal law […]

Mis’conduct proceedings based on evidence reported in the media’

ARITA advises that it can now ‘begin conduct proceedings [against its members] based on evidence reported in the media’.  Murrays Legal only reports matters substantiated in court, government, academic or other such sources.  In any event, whether that be ‘evidence’ is another matter. While we receive much lesser ‘popular media’ type information about people and […] 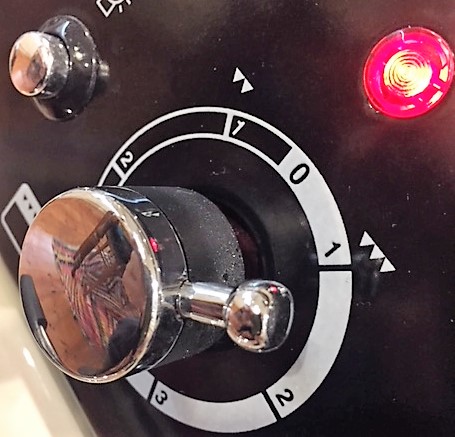 Lawyers’ fees in class actions were the subject of a recent conference[1] paper by Sir Rupert Jackson, given in Melbourne, whose report in the UK has led to major costs budgeting reforms in the way lawyers must justify their fees. An Australian costs expert has extended this thinking to explain the need for insolvency professionals […]

Voluntary administrations and the benefits, or otherwise, of board turnover 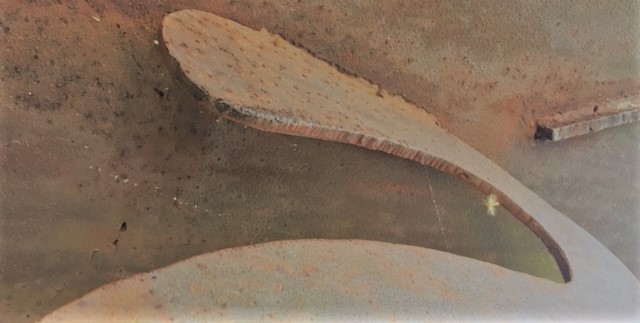 Research just published[1] has looked at the relation between board turnover and the likelihood that a company that enters a deed of company arrangement under Part 5.3A of the Corporations Act produces a better outcome for creditors than a liquidation. Controversially, the research questions the long-held view that voluntary administration (VA) under Part 5.3A is […]

Principles of Regulation of Insolvency Practitioners – an international standard

The rather opaque International Association of Insolvency Regulators (IAIR) has issued a public document, the Principles of Regulation of Insolvency Practitioners (IPs), said to have been the subject of internal discussion and negotiation over the last two years.  In so far as both AFSA and ASIC are members of IAIR, it will be interesting to […]

ASIC’s submission[1] to the Australian Law Reform Commission on class actions and litigation funding seemed to be a surprise to some.[2]  ASIC says that, consistent with other jurisdictions, litigation funding should be regulated as a legal service, under the control of the courts, rather than as a financial service, regulated by ASIC or other appropriate […] 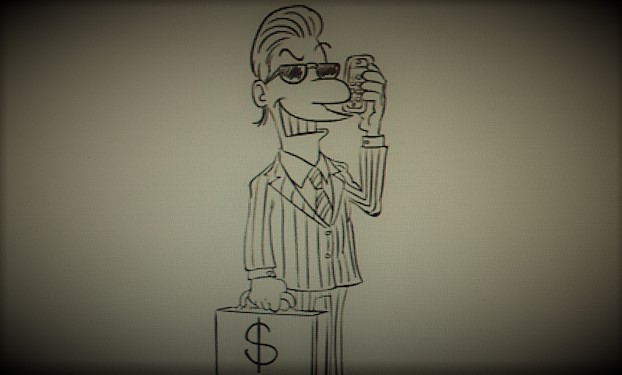 The Senate Committee inquiry into debt management firms comes at an odd time, given pending regulation of such services by the new Australian Financial Complaints Authority, from 1 November 2018.  The concern about debt advisers has been around for some time, including in England and Canada. The Senate Standing Committee on Economics is inquiring into […]

The long history of the report as to affairs in corporate insolvency – the RATA – which started about 1890, has now ended, in 2018. ASIC has replaced the RATA with a  ROCAP – Report On Company Activities and Property – which must be prepared and lodged with ASIC by directors of a company that […] 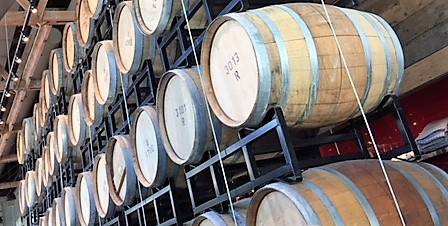 Registered clubs all over the country get into financial trouble, sometimes requiring the formal insolvency processes under the Corporations Act to secure their position, and potential recovery, and often urgently. Only in NSW is there a barrier to promptly accessing those processes. A recent article by Nicola Cosgrove and David Turner has repeated earlier calls […]