Judicial Impartiality and the Law on Bias

The Australian Law Reform Commission’s 600 page report on judicial impartiality – Without Fear or Favour: Judicial Impartiality and the Law on Bias (ALRC Report 138) has been released. It had been given to the government in December 2021 but awaited tabling in parliament.

The report makes many recommendations about supporting and ensuring judicial impartiality but in the end, it found no reasons to alter the ‘bias test’ for judges.  Such a test applies to liquidators and trustees (IPs) and is necessary given their powers to determine rights and exercise powers, and at times exercise quasi-judicial authority.  But as has been pointed out, IPs’ roles differ in material respects from those of the judiciary or administrative decision-makers.

“Liquidators are themselves engaged in business in a competitive environment. They have to attract work. This makes it almost inevitable that they will develop contacts and relationships with those who are actual or perspective sources of referrals. Further, the success or otherwise of liquidators will depend in part on their maintaining good professional reputations”.

“are distinctly engaged in the making of business decisions on behalf of corporations – usually in pressing circumstances of looming or actual financial distress”.

It seems that the double ‘might’ objective standard still applies, as to whether a fair‑minded lay observer ‘might’ reasonably apprehend that the administrators ‘might not bring an impartial mind to the resolution of questions they may be called upon to decide’.

The observer is fair minded, not uncharitably minded and expected to have some appreciation of the role of an IP and how they are appointed.

As for the courts, one aspect that can arise in corporate insolvency is or has been the tendency of a state court to follow its own state’s decisions. perhaps based on some innate bias, when interpreting national law, like the Corporations Act. The High Court’s decision in ASC v Marlborough Gold is to the effect that “an intermediate appellate court – and all the more so a single judge – should not depart from an interpretation placed on such legislation by another Australian intermediate appellate court unless convinced that that interpretation is plainly wrong”.

The difficulties that inconsistent interpretations of Chapter 5 of the Corporations Act create is generally avoided by attention to the Marlborough Gold decision.

The report raises only a few issues about judicial bias in the context of insolvency, but “bankruptcy and insolvency” is third highest area for requests to judges to disqualify themselves (29) although well below family law (245). Bankruptcy in particular does tend to involve litigants in person and often much resistance from debtors.   The decision in Ebner v Official Trustee [2000] HCA 63, the fundamental decision about judicial bias, arose out of a judge’s shareholding in the creditor party in the hearing before him.

The ALRC suggests a new process for dealing with requests made to judges to disqualify themselves for some bias or other reason.

Recent industry comment is that the standards of independence of insolvency practitioners may be “shifting”.  That may be so.  In an earlier comment, Too much independence? a re-issue of my 2016 commentary – Murrays Legal – I referred to English academic commentary, questioning why an IP who has given pre-insolvency advice should not be able to be appointed.  Dr John Tribe asks

“where is the trust in IPs’ professionalism and objective independence? Why is it assumed that IPs would act in their own interest?”  “there is “more danger” in allowing other than insolvency practitioners in the initial advising stage, than in “self-interested IPs” seeking to take the appointment “to add to their own fees” 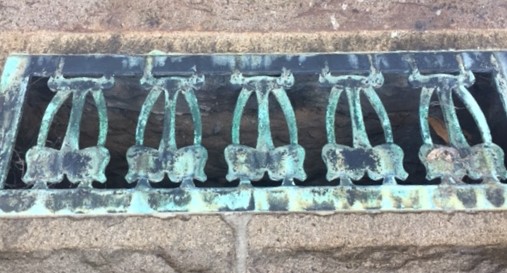