According to the “reprimand” document published by ASIC, Mr Crouch was found by the committee not to have lodged a final return with ASIC in relation to a particular matter as administrator, and not to have promptly transferred the files to a new person appointed as liquidator. He was also found to have accepted an appointment as administrator “when he was not seen to be independent due to his pre-appointment dealings” and to have failed to “exercise care and diligence” in assisting the liquidator.

It seems the committee nevertheless decided that Mr Crouch should continue to be registered but that he should be publicly reprimanded. It also decided that ASIC should direct Mr Crouch not to accept any further appointments as liquidator during the period from the date on which the direction was given to 31 December 2022. That decision requires ASIC to make that direction under s 40-15; it is not stated whether that direction has yet been given.

A committee can direct ASIC to publish specified information and its reasons for the decision; no direction appears to have been given for the committee’s reasons to be published.

Nevertheless, ASIC issued its ‘media release’ – 22-171MR and has one of its Commissioners saying that Mr Crouch’s conduct was “serious and had the potential to undermine confidence in registered liquidators”, being a criteria available to the court under IPSC s 45-1.

The names of the discipline committee members are not disclosed, nor were reasons for the decision issued.

Mr Crouch is not a member of ARITA, the industry body with authority to choose a liquidator to sit on the committee, who does not necessarily need to be an ARITA member.  Presumably ARITA took that into account when choosing a liquidator for the committee.  Although legal qualifications are not prescribed, the practical need for a lawyer to be on the committee is based on the procedural fairness requirements in any disciplinary actions, supported by the model litigant obligations, to ensure the liquidator has a proper opportunity to respond to the relevant claims.  Matters concerning a person’s livelihood call for particular attention, as to the precise nature of the claims, and their statutory basis.  The personal, family and related circumstances of those before committees can be a fairness issue in these times. Published reasons for decision by which these issue can be assessed are therefore important: Australian insolvency practitioner disciplinary decisions – short but to what point? – Murrays Legal.

The lack of published reasons here is unusual and unfortunate; there were no reasons given for not doing so.

In any event, this and other such cases will go to inform any review of the regulation of IPs in Australia said to be due in 2022. This will be assisted by the current review of the IP regulation system in the UK, and New Zealand’s experience with co-regulation since 2019. 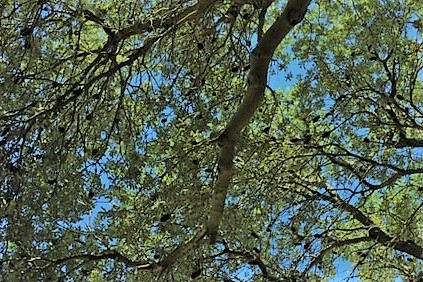