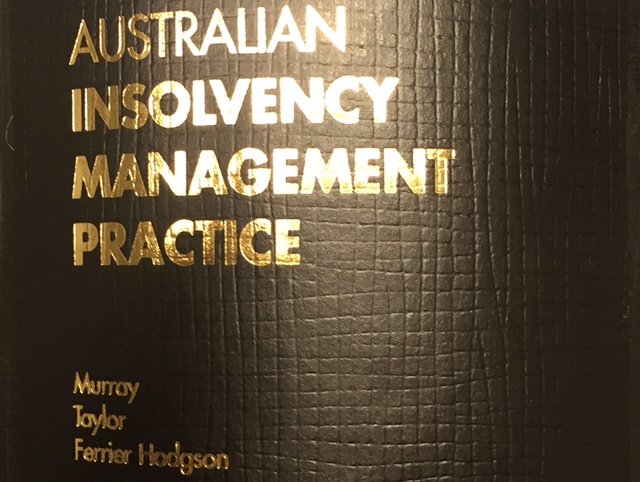 CCH is publishing a consolidated version of the Bankruptcy Act 1966 as amended by the Insolvency Law Reform Act 2016. The amended law does not commence until 2017 but given the substantial changes being made, this publication will allow preparation and familiarity with the law many months before for the expected commencement dates.  As we […]

This decision in Condor Blanco Mines Ltd [2016] NSWSC 1196 is important for three propositions: In general, it is not part of a voluntary administrator’s responsibility, in deciding to take an appointment or later assessing its the validity, to delve into any improper purpose or motive of the directors beyond that of using Part 5.3A as a response […]

1. Inquiry into small business lending practices The Australian Small Business and Family Enterprise Ombudsman will undertake an inquiry into concerns raised by the Parliamentary Joint Committee (PJC) on Corporations and Financial Services in its report, Impairment of Customer Loans.  That report, tabled on 4 May 2016, made a number of recommendations including this reference […]